Fiscal retrenchment started long before the crisis: massive reforms were undertaken under various internal and external constraints. Based on the supply-side, these reforms were unable to support growth, nor did they change substantially the main features of the Italian welfare state, but rather accentuated its segmentation and lack of universality. The policies implemented in the crisis thus mark a continuity with the reforms implemented in the previous decades, but the collapse in employment opportunities and households' incomes has made the lack of a universal safety net socially unbearable. Reading the Italian experience in a comparative perspective, the paper concludes that the crisis and its aftermath have provoked a u-turn in the southern European countries' tiring progress towards a "European social model", trigging a swift process of divergence. The Mediterranean countries risk reverting to their Mediterranean welfare model well before coming even close to the European benchmark. However, this retreat is occurring within a totally different economic and social context: an extremely weakened family, a net contraction in the productive capacity, and close-to-bankruptcy government finances make the old familistic model no longer viable. 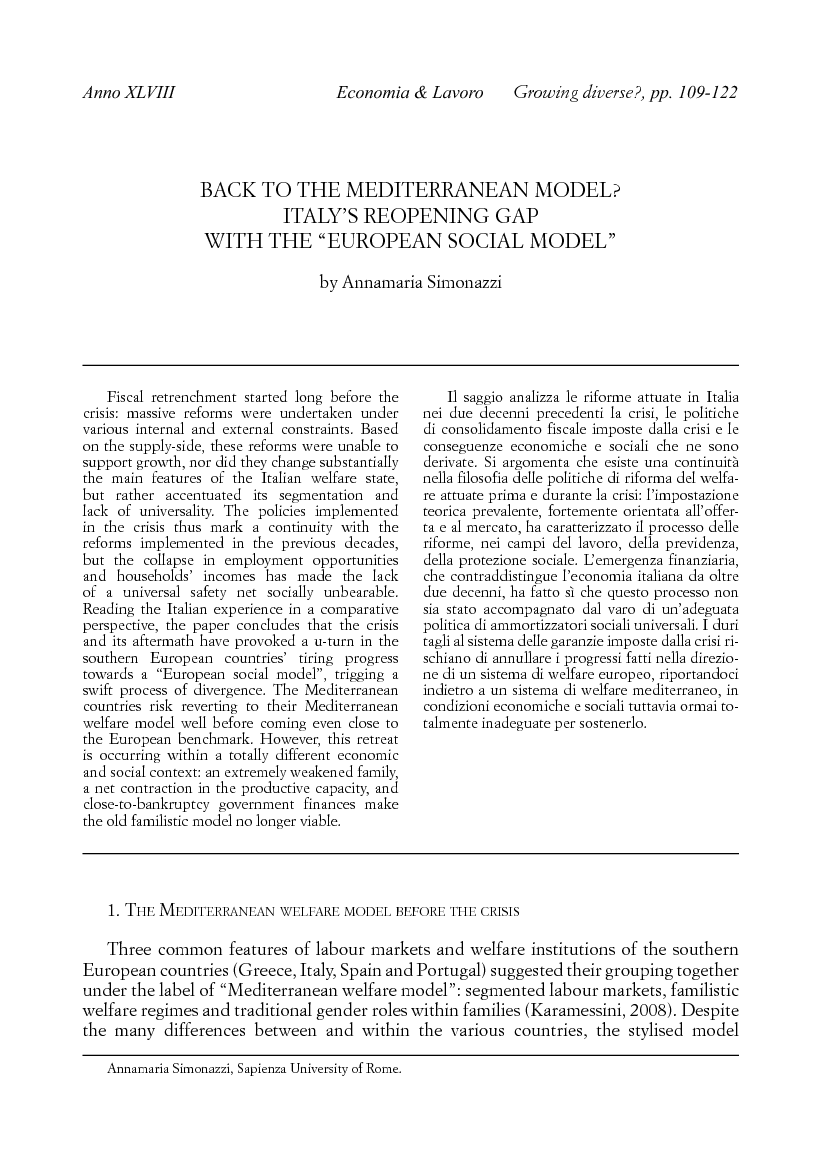