From the 1990s, decentralization has become an important feature of German industrial relations. While the overall institutional architecture of collective bargaining has not been changed, some of its crucial elements have got under heavy pressure. In major parts of the service sector, the impact of national or regional bargaining has been weakened by the "de facto" abolition of the extension of sectoral agreements. Equally important, starting from the East German metalworking in the early 1990s and gradually spreading to manufacturing and service industries in the whole country, with particular vigour in the first half of the 2000s, local derogations from sectoral agreements came close to call into question the rationale behind sector-wide collective bargaining. Thus, the overall feature of the decentralization process until the mid-2000s could be characterized as a trend towards weakening and fragmentation. The endangering of collective bargaining entailed in this process, however, triggered a countermovement of stricter coordination with the unions, and strengthening of local bargaining capacities. The latter includes initiatives for a greater involvement of trade union rank and file. The present article provides an overview on these changes and their contradictory implications, and highlights the experience gathered in the metalworking industry and in the hospital sector. 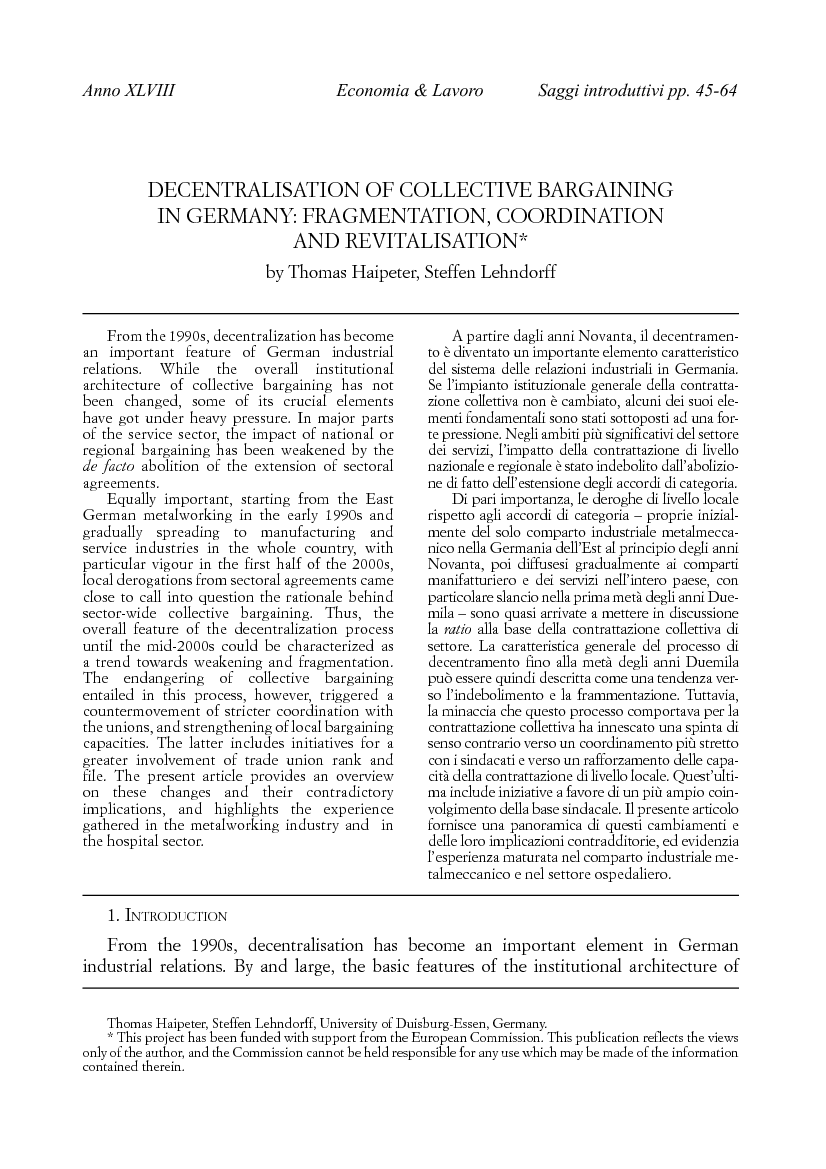