In the first part of the article - which draws on the findings of the Report on the Welfare State 2013. Crisis, Institutions, Common Goods and Welfare State - analysis focuses on the specific evolution of the crisis in Europe, the causes and consequences at the institutional level, and the interest that the failures of the market and the community policies have stimulated in the issue of common goods. While debate on the issue remains a potential source of new, positive contributions towards readjustment of economic, legal, social and political relations, due to certain incongruities in its analytic and applicative aspects it risks being tangential to the market-institutions issue, of central importance for analysis of the crisis. In the second and third parts of the article analysis turns to the social policies recently implemented in the European Union and in Italy. And in the particular case of Italy, together with analysis of the latest labour market and welfare system reforms, specific indications are offered for readjustment of the pension and health systems. 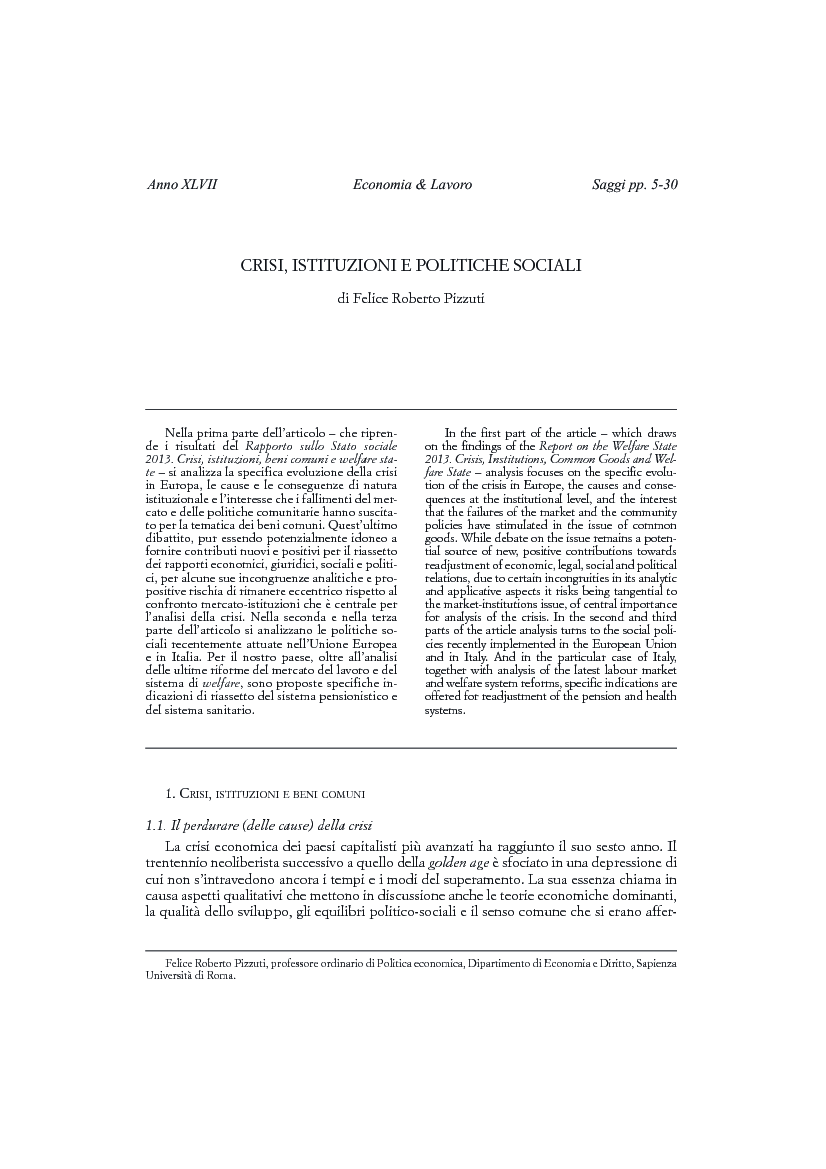