In a text completed in 2005 but left unpublished, the author set out to offer a conceptual framework affording insight into the reasons for the different trends, over the long period, in the rates of increase in production and employment in the European and American economies. He stresses the continuity in Europe between the low growth rate dictated by the functioning of the European monetary system in the 1980s and the economic stagnation in the following phase, subsequent to the formation of the monetary Union. Contrasting with this protracted European slowdown was the prolonged American expansion. The author argues that in the United States all the available tools, from fiscal and monetary policy and exchange rates to industrial policy, were brought into the service of economic growth and maintenance of a high level of employment. Why, the author asks, was Europe so lacking in any such commitment? The answer is to be sought both at the level of the choices made in the course of the process of monetary unification (considered separately from the process of political unification), and at the level of the economic theory that constituted the support for those choices. On the one hand, the elimination of control over movements of capital and abandonment of the system of fixed but adjustable exchange rates to make way for a fixed rate system limited the scope of monetary and currency policy while at the same time granting international finance unlimited freedom of action. The consequences are to be seen in financial crises and sacrifices in terms of income and employment. On the other hand, the principles and rules entailed in the functioning of the economic and monetary Union have set limits to the freedom enjoyed by governments in fiscal matters, even in the case of prolonged slowdowns in growth. Moreover, industrial policies have been subjected to a whole series of restrictions. The restrictive approach shown in European macroeconomic policy is consistent with promotion of a process of industrial restructure based on abandonment of the "mature" segments of the productive value chain, reduced welfare and the progressive dismantling is of the labour market institutions. The very same theory that had come up with arguments in favour of freedom for movements of capital and restrictive approaches in macroeconomic policies is once again claiming that, as in the 1930s, unemployment is due not to lack of effective demand but to labour market "rigidities". In the 1930s Keynes had defined such approaches as «deceptive and disastrous if we try to apply them to the real facts». 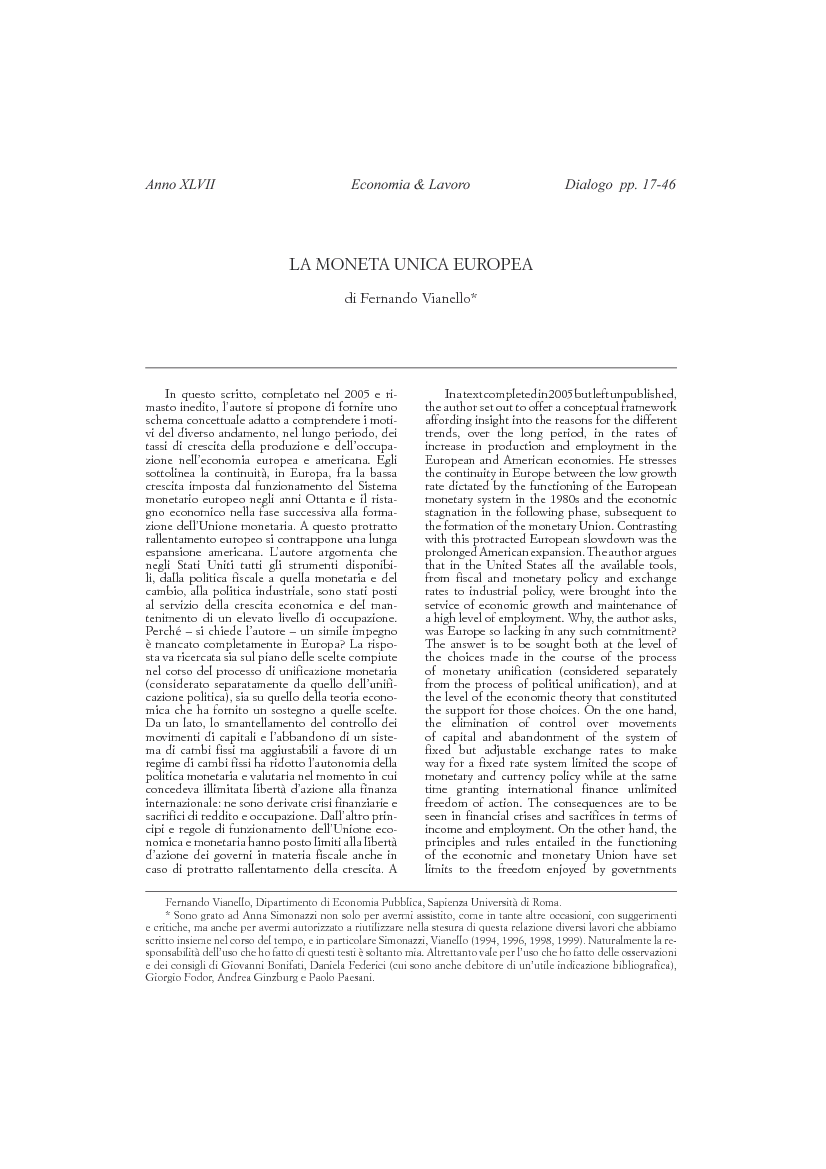