The research argues that to explain the stagnation of the Italian economy in the years 1999-2007 a geographically disaggregated analysis is required. In this perspective, two aspects are of particular importance, considered both separately and in their mutual relations: the crisis of the great industry of the North, mainly due to scant innovation in product quality, and the blocked development in the South, as an end was put to extraordinary policies, non compensated by other policies after Italy's entry into emu. Instead, the industrial districts of the Centre-North are seen as vital, but they need of consolidation. The proposed interpretation refers to the theoretical perspective of "linkages" (Network Theory of Development), based on the idea that development processes are accompanied by phenomena of transformation, i.e. the creation of new products, new processes, new institutions, new skills. In this perspective, what is produced, what is exported and what is imported all those, have an impact on the development process. The proposed interpretation is opposed to the thesis which attributes the stagnation of the Italian economy to a "crisis of productivity", mainly explained by the small average size of Italian firms. 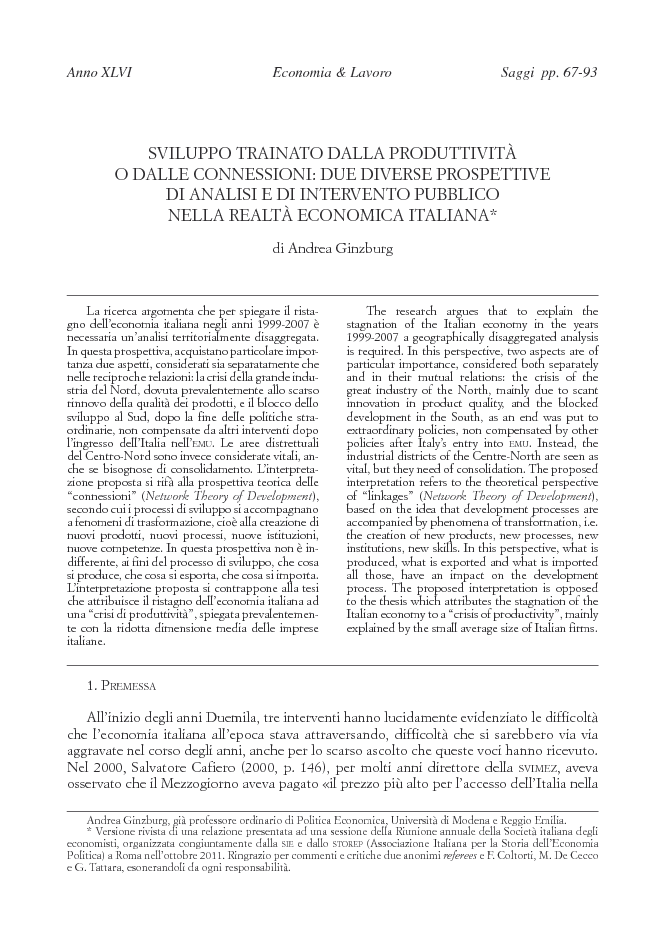