The platform model is the distinguishing organisational form of the early decades of the 21st century. Whereas actors in markets contract, hierarchies command, and networks collaborate, platforms co-opt assets, resources, and activities that are not part of the firm. As a distinctive organisational form, the platform model confronts a distinctive managerial challenge: how to manage value-creating activities that are undertaken on the platform but not in the firm? In a triangular geometry, platform owners co-opt the behaviour of providers and users, enrolling them in the practices of algorithmic management without managerial authority having been delegated to them. Acting on their own behalf, the ratings and other activities of providers and consumers are algorithmically translated into rankings and other calculating devices that circulate through feedback loops that are twisted rather than circular. Algorithmic management involves a peculiar kind of cybernetic control because, at each fold of the feedback loop, accountability can be deflected and denied. Whereas scientific management in the early 20th century offered a legitimating principle for the growth of a new managerial class, algorithmic management in the early 21st century is reshaping the managerial class. Its power asymmetries at the organisational level are related to coalitions at the regulatory level in which platform owner and investors are in alliance with platform consumers. 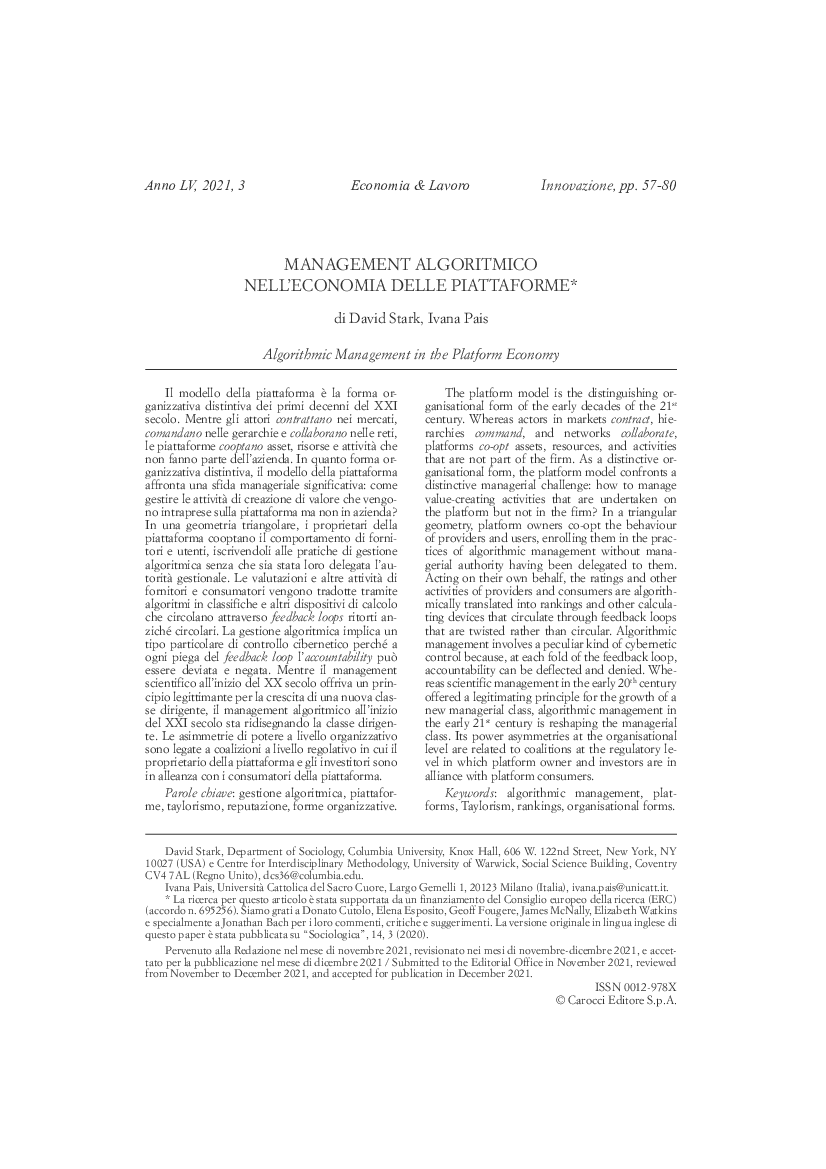