The paper aims to analyse, with theoretical and empirical tools, the effectiveness of the due process of law within the surveillance procedure. The concepts of validity and effectiveness of law have always stimulated a large debate among those who believe that they have to be considered as separated concepts (as suggested by Kelsen’s sein-sollen distinction) and those who believe, instead, that they are two parts of an indivisible relationship, in accordance with the concept of “normative force of the factualµ (Jellinek), for which only what is effective can also be valid. This is a question we cannot stop asking ourselves, even when referred to extremely shared and widespread reforms such as the due process one (l. const. n. 2/1999), which changed the art. 111 of our Constitution. Thought being “validµ, according to the “ontologicalµ perspective of law, this reform turns out to be quite ineffective, at least when it comes to penal execution. Since 1975, surveillance procedure has shown multiple aspects of incompatibility with the Constitution. Among the major examples, one can mention: (i) an even composition of the court and a voting system with prevalence of president’s preference that causes disadvantages to the multidisciplinary nature of the judgment, (ii) the ex officio procedure, that for many goes against the principle of impartiality that should guide the work of any judge, (iii) wide limits to the participation of the convicted and his lawyer to court, whose legitimate impediment is, in most cases, irrelevant, (iv) hearings with pre-established proofs. 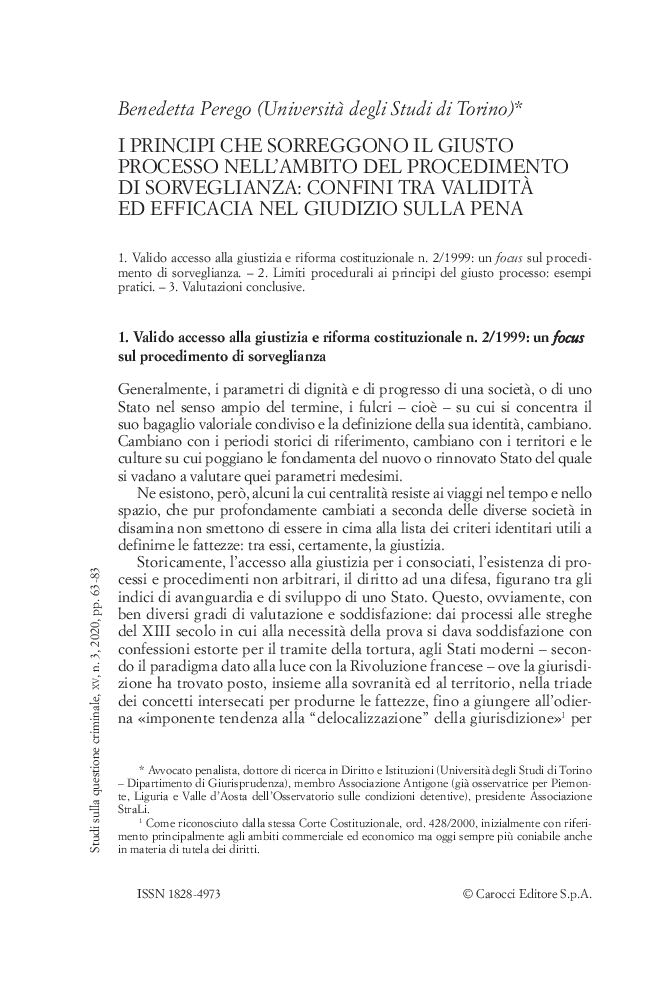