The article tries to figure out whether and to what extent the situationist approach by Philip Zimbardo, as it emerges in The Lucifer Effect, can be translated into penal terms. The notorious case of Abu Ghraib, as presented by Zimbardo in his book, is used as a test. The article is divided into three parts. The first part is devoted to reconstructing the features of the “Abu Ghraib situationµ (AGs), which is described by Zimbardo as a total situation causing deindividuation (in authors) and dehumanization (of victims). In the second part, the AGs’ features are compared to those of moral coercion: while the latter is generally assumed to have a transformative effect on the moral value of the act, the former is instead assumed, by Zimbardo, to have a transformative effect on the agent’s character. The third part seeks to understand whether the Lucifer effect can be interpreted as a partial excuse. 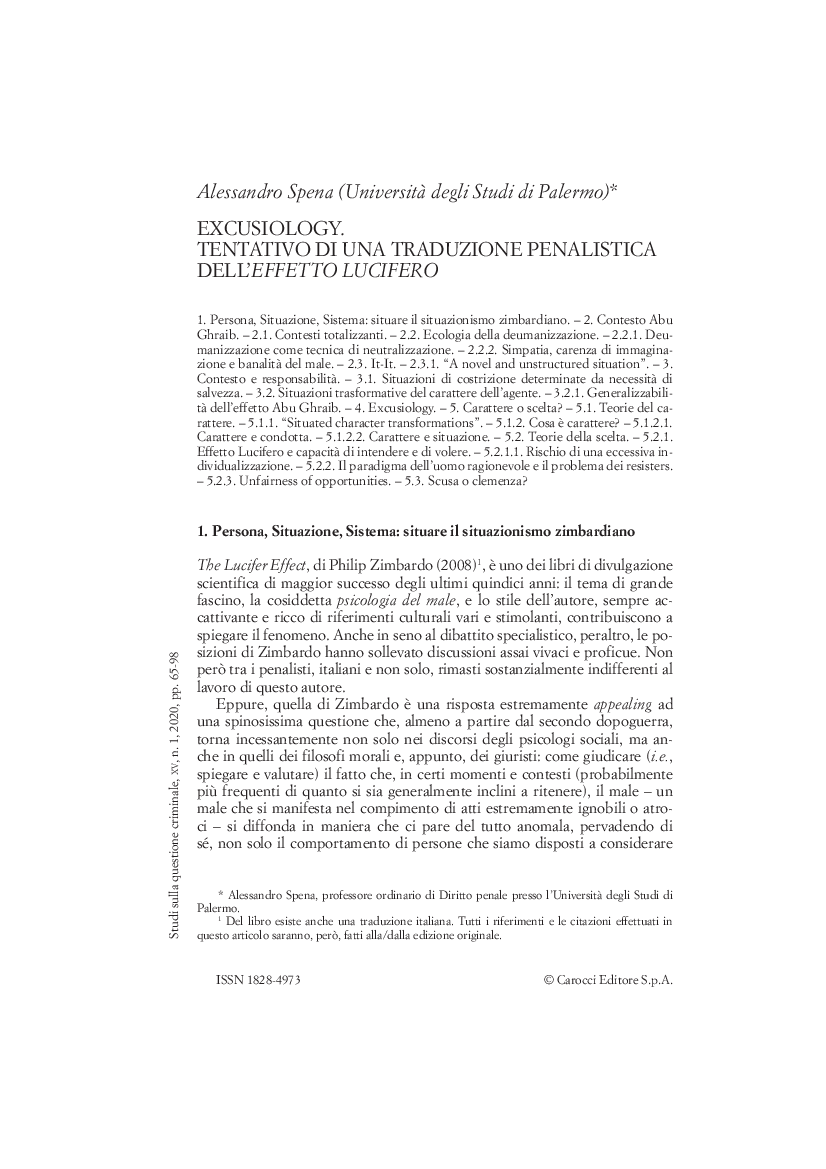