The article explores intimate partner violence of men against women and the practices to contrast it, comparing the experiences of ten counsellors of three women’s shelters and of six members of law enforcement, working in the Turin area (North of Italy). The main objective is to point out differences and convergences in the practices used to tackle intimate partner violence against women and in the ways of interpreting this phenomenon of these two categories of workers. Using qualitative interviews, it immediately emerges the difference that separates the accounts of the two categories of workers. In facts, it is striking the absence of the gender dimension of violence against women in law enforcement members’ words: only two police officers out of six, in fact, underline the cultural and gendered roots of this phenomenon. This is linked to the fact that they continue to attend training courses focused on the practices of intervention and not on the nature and the causes of gender-based violence. On the contrary, the counsellors of women’s shelters are well prepared both to understand the social origins of the phenomenon and to deal with abused women, using a gender sensitive perspective. However, among law enforcements’ members, some changes are happening: for example, some teams specialised on this topic such as “Nucleo di Prossimitàµ are born and the attention around intimate partner violence against women is raising. Moreover, both the women’s shelters and law enforcements recognise the network among different services and associations as fundamental to fight against intimate partner violence and they are playing an active part in its building. Finally, unsurprisingly, both the categories of interviewees declare that the scarce economic resources are preventing them from working better and more efficiently to fight against violence against women and to better protect abused women. 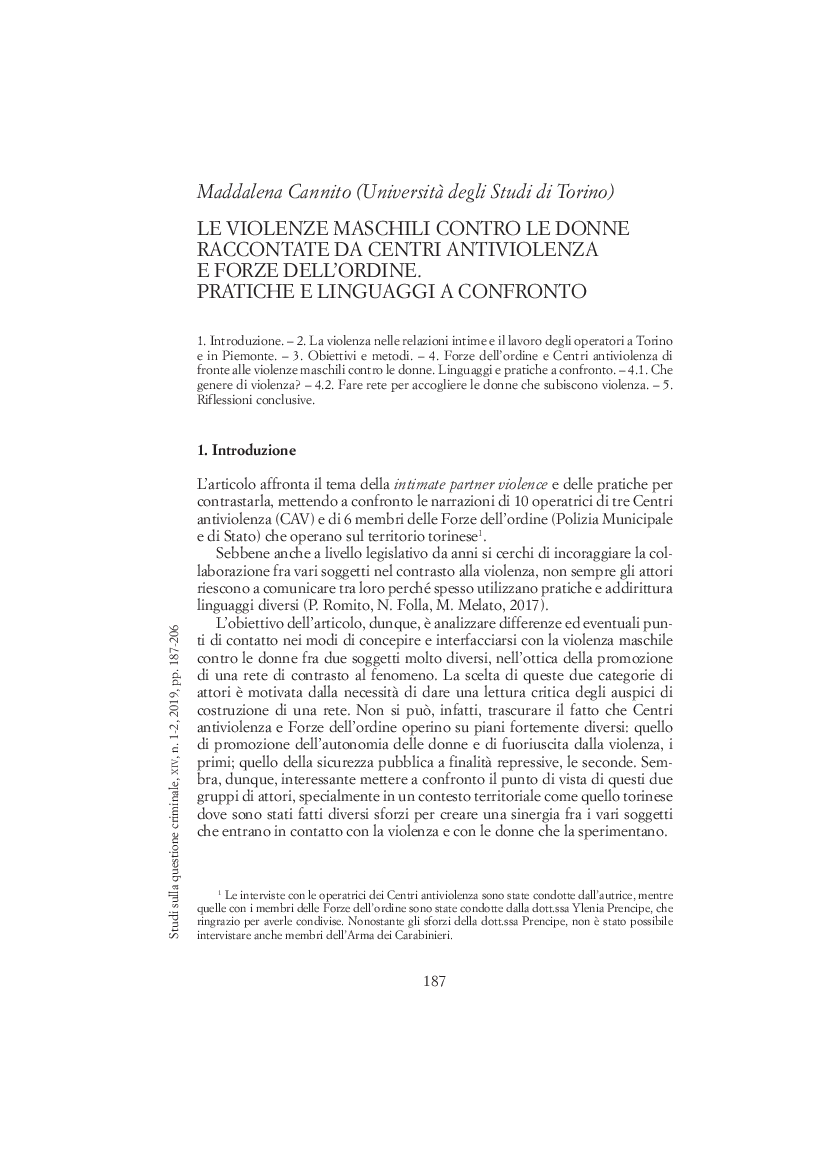