The article reflects on the persistence of men’s violence against women in societies which consider themselves as worldwide models for modern and post-patriarchal spaces for gendered human rights. This one-sided view is misleading both for the multiplicity of gender relations and regimes in “our modern timeµ, and for the rise of neo-colonial prejudices against the so-called “other’s pre-modern timeµ. The article highlights how women’s and feminist counter-hegemonic voices are still engaged in a struggle against the regime of truth produced by hegemonic masculinities. The generative and erotic capital of women is a strategic issue of this conflict. The accessibility to women’s bodies, and the maintenance of the gender asymmetry in the care duties, are still the core of a battlefield where different definitions of men’s violence against women, evaluations of effective risks for women, and perspectives of anti-violence politics are confronted. “Protectionµ and “careµ dynamics reveal the endurance of hegemonic masculinities both in the political systems and in the public and “privateµ sphere. Tensions between the ambiguities of protection and care could come to light as risks of violence against women within any gender contract, for all types of married or unmarried couples defining themselves as “a familyµ, as well as within the modes of circulation of the generative and erotic capitals of unmarried or single women within the post-patriarchal markets or “traditionalµ one’s. Dangerous dynamics of protection and care could arise also from the commitment and trust required between educators and disciples, or between caregivers and care receivers, when those in a dominant position assume a type of “pastoral powerµ producing subjection, facilitating violence or secondary victimization. The protective and caring attitudes toward women-as-victims are also questioned in the borderland between recognition and and power. 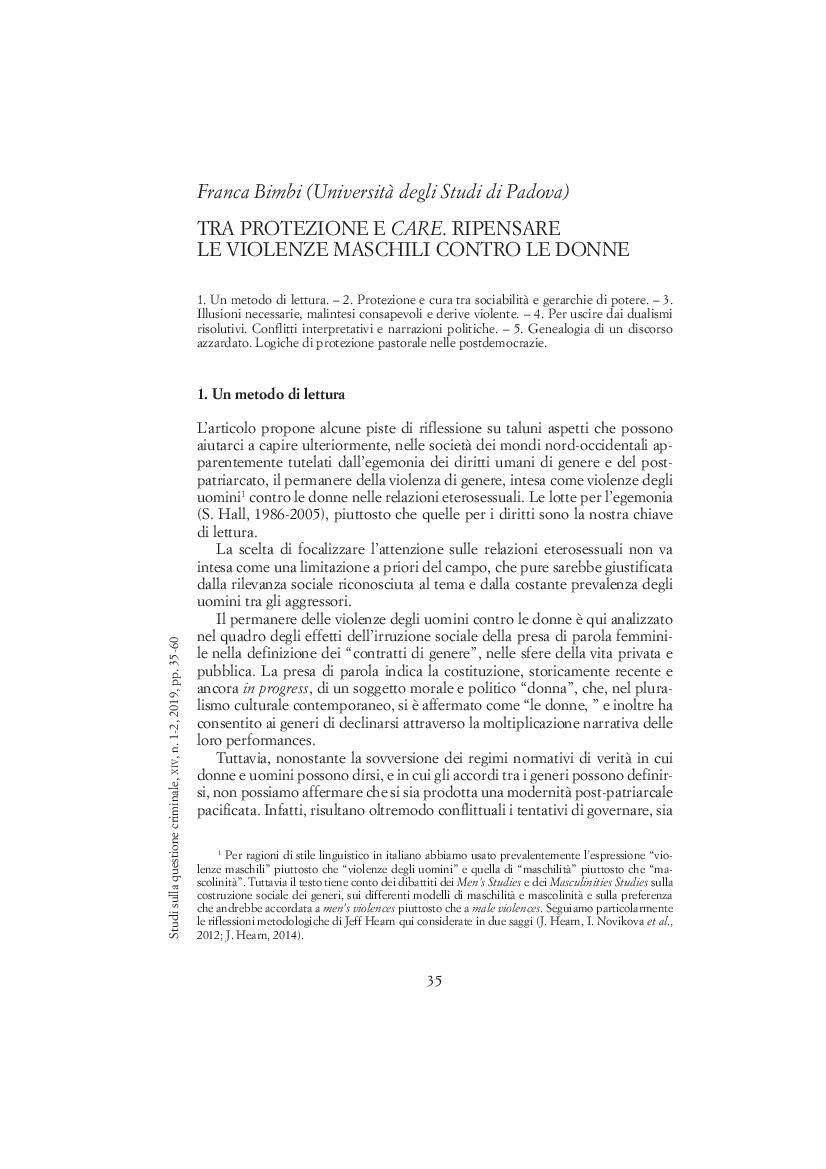