Italy ratified the European Convention on Human Rights, the New York Convention against Torture, the Charter of Fundamental Rights of the EU, the Lisbon Treaty and, last but not least, Italy adopted a Law on Torture in July 2017. But Italy has geopolitical interests that affect legislation, political agenda and rescue operations, and, especially, relations with entities that interact with our country and the EU. Furthermore, there are also the agreements aimed at affecting third countries' migration flows, such as, for, instance, the bilateral agreements between Italy and Libya, the memorandum of understanding between Italy and Sudan and those between the police heads of Italy and of African countries. And yet, incontrovertible facts exist such as mass returns to countries that punish illegal emigration with life imprisonment (like Eritrea), failure to rescue people at sea and murders by the Libyan coastguards, as well as prison camps in countries that signed those agreements, or places where people are still murdered, illegally detained, kidnapped and regularly tortured or where refugees are sold on slave markets. For these reasons, we must investigate the post-truth narrative of the link between the Italian and European legal systems, which prohibit those horrors, and the above-said mass returns, accompanied by financing, training and assistance to countries committing crimes. In fact, Italy was condemned by the European Court of Human Rights and criminal proceedings have been brought by the preliminary judge of Rome against those responsible in the Italian Coast Guard operation room, for failure to rescue people at sea resulting in the death of many refugees. All this occurred and still occurs although Italy adopted law against torture. And, on the other hand, this means that Italy has delegated torture beyond its borders. 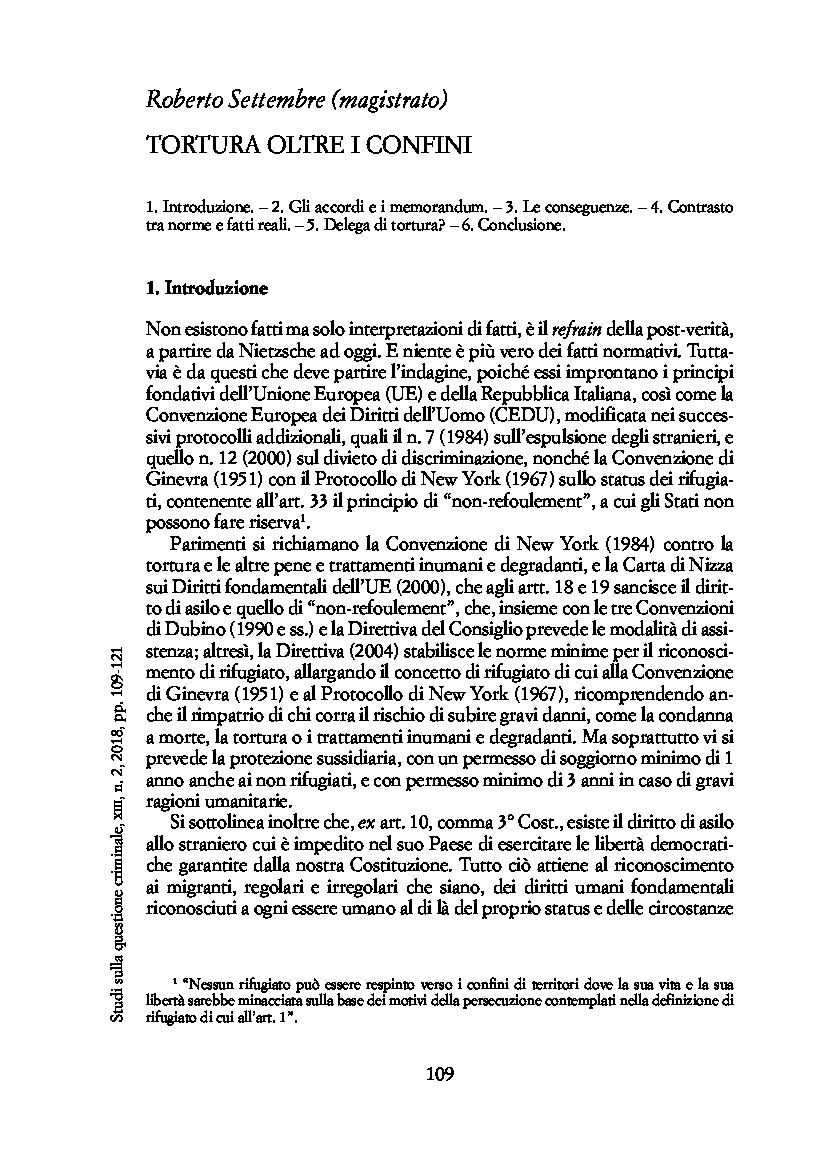