The article presents some results of the European Observatory on Alternatives to Imprisonment, a EU Criminal Justice project involving 8 countries (Italy, France, Spain, Portugal, Greece, UK, Latvia and Poland). Three phases are considered: pre-trials, alternative sanctions and alternatives to imprisonment. In all cases national laws and practices are compared to the European Probation Rules. The Authors focus on the relationship between prison and probation, in order to explore to which extent the rise and the decrease in the prison population depends on fluctuations in alternatives. A widespread increase in the use of community sanctions may be noted, yet the observatory results did not produce evidence on a possible link between the increase of these sanctions and a decrease in prison population rates. In a broader perspective, the Authors explore the cultural issue of alternatives and reflect on the effectiveness in terms of rehabilitative goals, highlighting how in the last decades their role has been shifted from a "social-welfarist" approach to a "control-oriented" one. The structural crisis of the rehabilitative ideology is therefore confirmed on a European level. 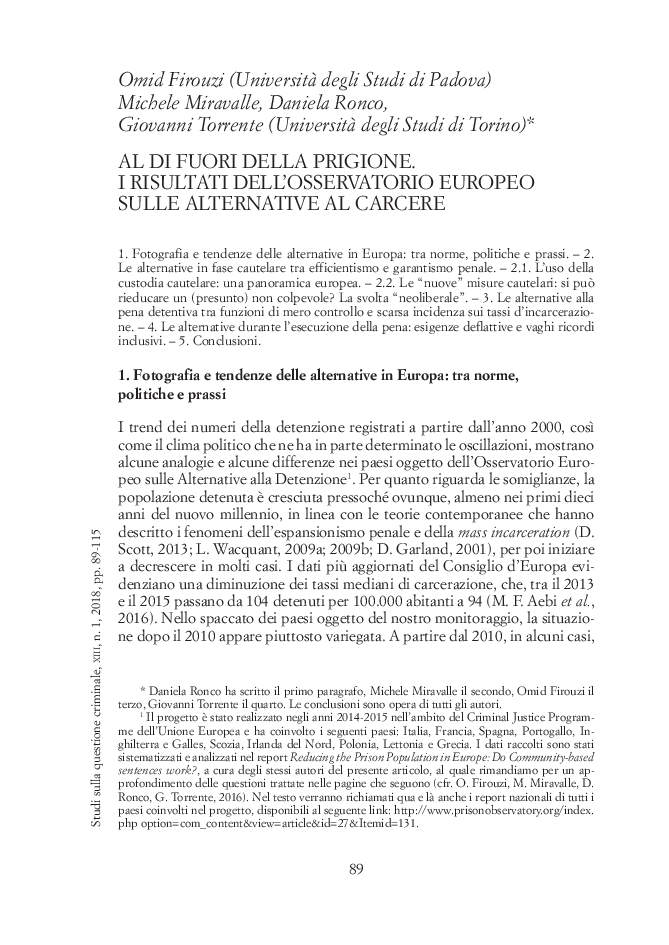