The objective of this article is to try to offer a definition of health which, moving away from strictly the production of regulations, would be applicable in practice to the prison population and is, critically, suitable to grasp the complexity of the reality in prison. Particular importance is given to the link and the mutual influences between the person and the environment in which this relationship is expressed. Prison and penalty indeed play a significant role in defining the clinical picture of the prison population, both in terms of preventing new diseases and the aggravation of problems already present. However, this phenomenon expresses itself in people whose stories of material and social deprivation, the first target of the penal system, most frequently expose themselves to diseases, even chronic ones. So, I'll focus on this constant alternation of the adverse effects of detention, the current function of prison which increases a pervasive social marginality and negative health characteristics, often pre-existing, of the prison population. In my view, these are particularly important elements in the definition of the right to health for detained individuals. At a methodological level, I will combine the literature on the subject together with the markedly more elaborate statistical outputs by institutional agencies such as the World Health Organization and Italy's National Centre for Disease Prevention and Control, along with the results of empirical research based on semi-structured interviews which I conducted in the preparation of the master's thesis. 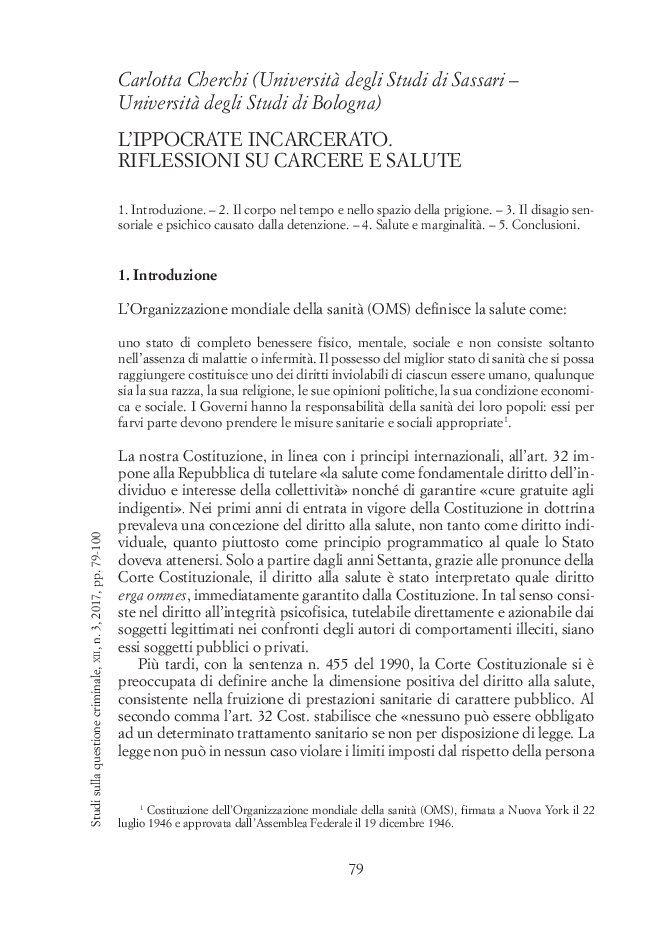