The idea of democracy is being championed across the world, with some fifty new countries embracing this type of political system between 1974 and 2011 (Freedom House, 2016). Simultaneously, however, dissatisfaction has grown due to the perceived incapacity of democracy to deal with collective problems, hence the necessity to reconfigure it and redraw some of its principles. This paper links the analysis of the recent evolution of democratic systems with the trajectory of socio-political conflicts and the changing features of contemporary terrorism. It examines, therefore, two intertwined phenomena, namely the radicalization of democracy and the radicalization of the other. It concludes by stressing that encouraging dissent and heeding contentious claims made by social movements may be one way of mitigating both types of radicalization. Embedded in the tradition of critical criminology, this paper attempts to demonstrate that only by outflanking conventional categories of analysis can the criminological community aspire to grasp such thorny contemporary phenomena. 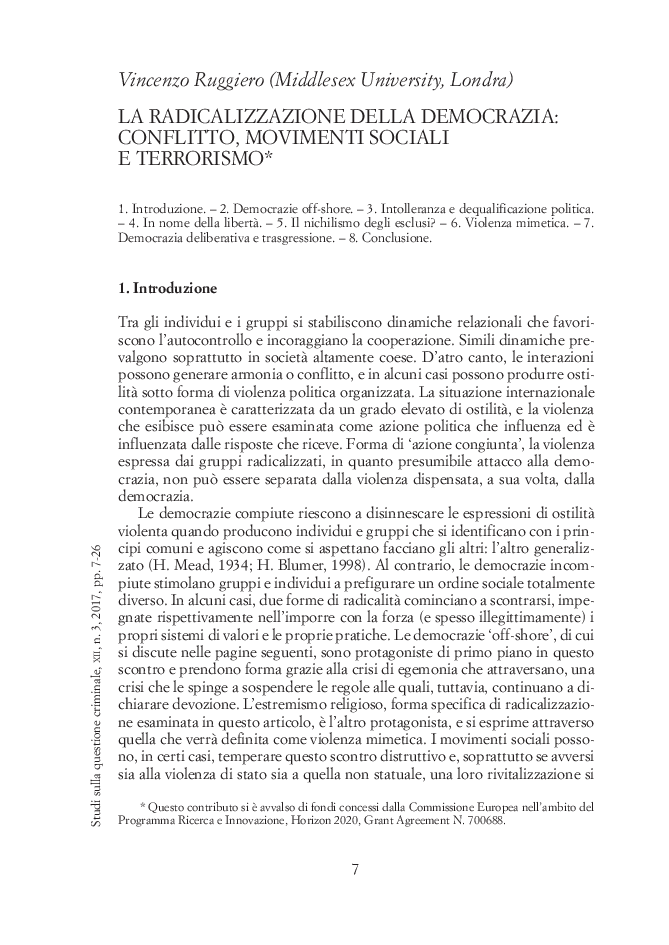