This article analyzes Maltese immigration policies and, especially, the relationship between migration governance and the segmentation of the local labor market. This article stresses that the intersection of the multiplication of legal statuses (refugees, asylum seekers, irregular), the spatial and social confinement of migrants and their indefinite stay on the island become the instruments that regulate the conditions of access and permanence of migrants in the local labour market. Following borders studies, the article assesses the concept of "Fortress Europe" showing how the Maltese case has some peculiarities that make it different from other European countries, especially for its function of island of migrant detention. Maltese borders and, by extension, the European southern border, appear thus "a funnel", where immigrants can enter but from which it is very difficult to get out. Migrants, rather than being rejected by a "Fortress", are trapped in a swamp. The research is the result of a participant observation lasted about three months, between January and April 2014. 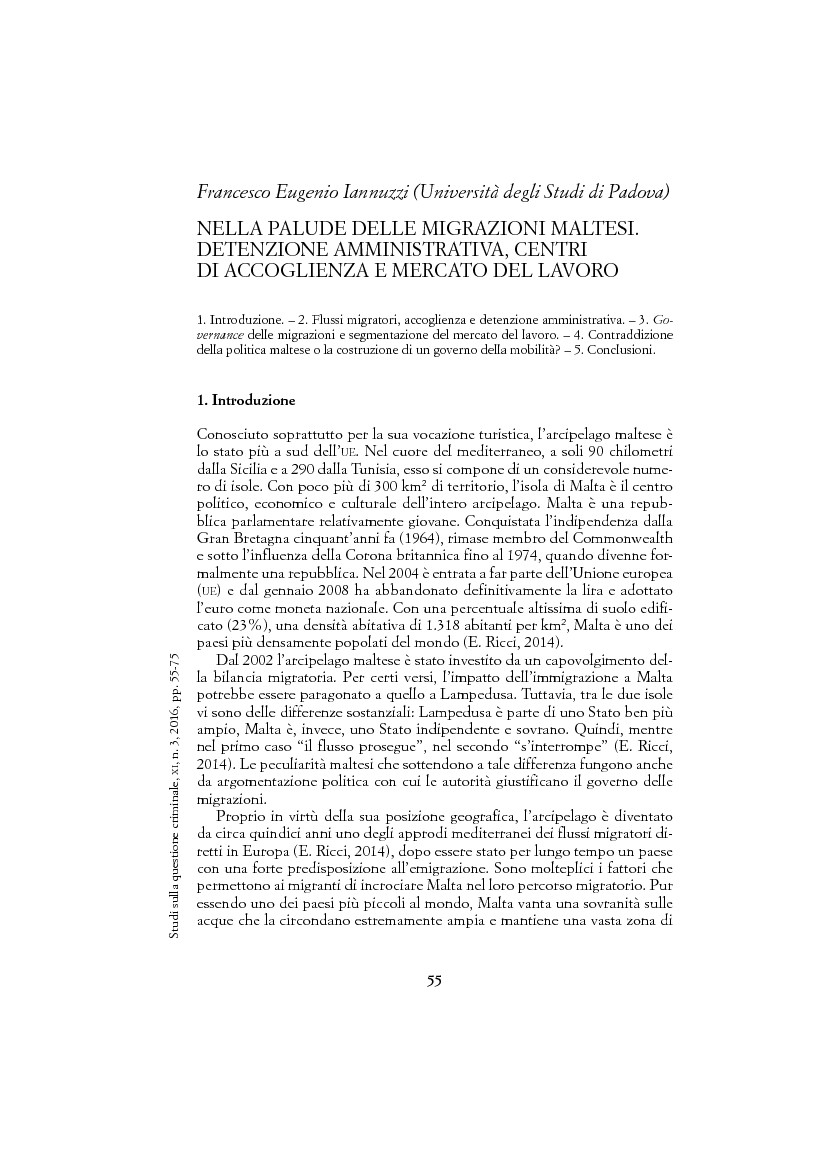