Bologna, Giardini Margherita, late 2013: About 250 high-school students group into two enemy camps formed on social media and break into a massive fight. This essay aims to show how an event of this sort, by virtue of its singularity, could cast light on many of the most peculiar characteristics of contemporary online and offline relationality. It will be argued that a proper understanding of these phenomena is needed if the law is to be able to frame them effectively and hence regulate them, as it is expected to do in a case such as this one. The incident is taken here to be paradigmatic of a deep ongoing endeavour to reshape social identity, and the argument is that its real meaning cannot be captured by the legal definition of "riot" or by the media discussion of the phenomenon. The emphasis will fall in particular on the risk that comes with the new opportunities to "go social" under abstract labels meant to give substance to collective and individual identities that turn out to be shallow, vacuous, and ephemeral: This can easily engender a drift toward sectarianism and violence, a risk which the dominant individualistic philosophy of decades past had managed to somehow keep at bay, but which is now finding a resurgence through (cyber)-bullyism. The incident will also be considered symptomatic of a return to a kind of social stratification that builds up from the basic, onomastic level of online labelling. 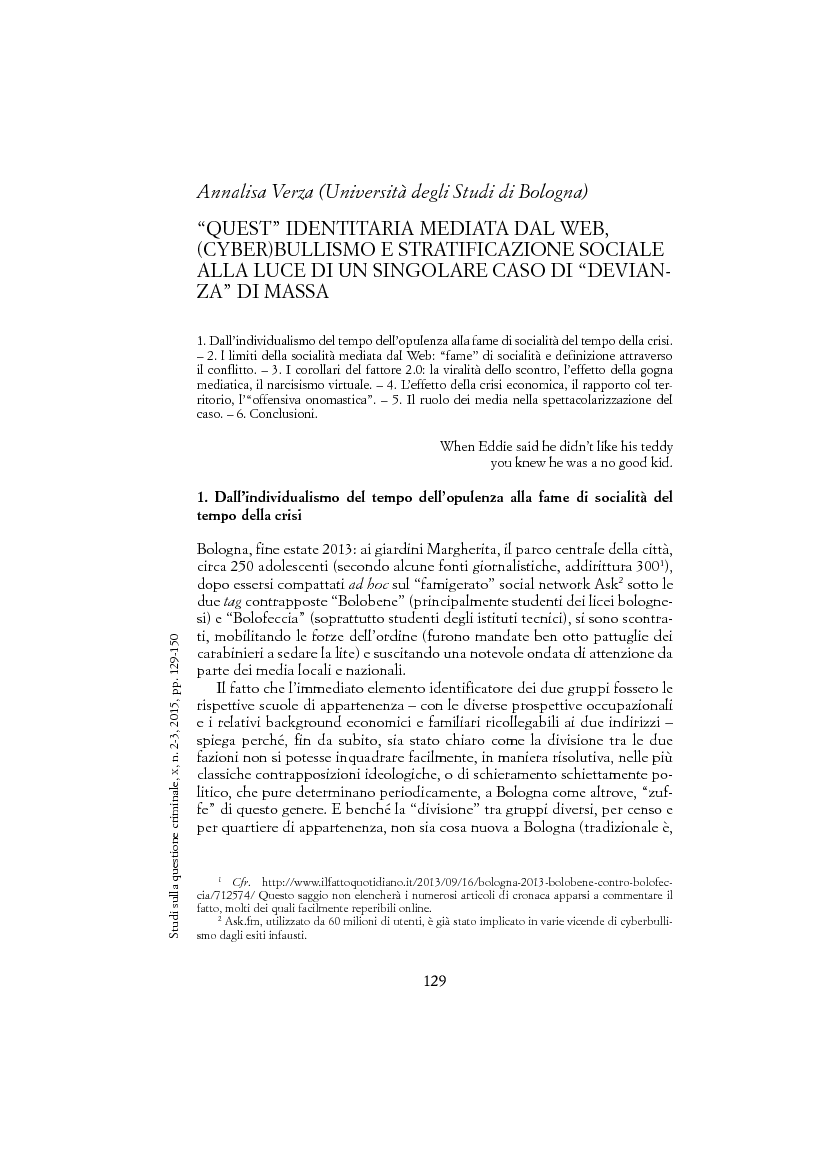