The object of the present article is a reflection on the elements producing the failure of the prisoners' health safeguard. The European Court on Human Rights has many times condemned Italy not only for the well-acquainted conditions of overcrowding ("Torreggiani et al. v. Italy", 2013) - having per se direct and serious repercussions on the health care safeguard - but, also, more specifically, for not having allowed ill prisoners to care themselves ("Cara-Damiani v. Italy", 2012). Starting with the World Health Organisation definition of health, highlighting the physical, mental and social well-being and not merely the absence of disease or infirmity, the article will concentrate on the gap between that definition (with the related cultural and organisational aspects) and the concrete daily life in prison. The analysis of the implementation of the prison health reform, which has shown both organisational critical issues and cultural resistances, is a meaningful example of the distance between the goal of making the access to healthcare services equal for prisoners and free citizens and the quality of the service supplied de facto in prison. It is therefore an interesting opportunity to reflect on the more general (im)possibility to reform prisons. Moreover the question is to what extent a reform of the healthcare in prison is achievable apart from a reform of the prison itself. The paper presents the results of two researches carried out on a national level in the last three years, both through qualitative (semi-structured interview to health and prison staff and former prisoners, focus group and interview to prisoners) and quantitative tools (questionnaires addressed both to staff and prisoners). 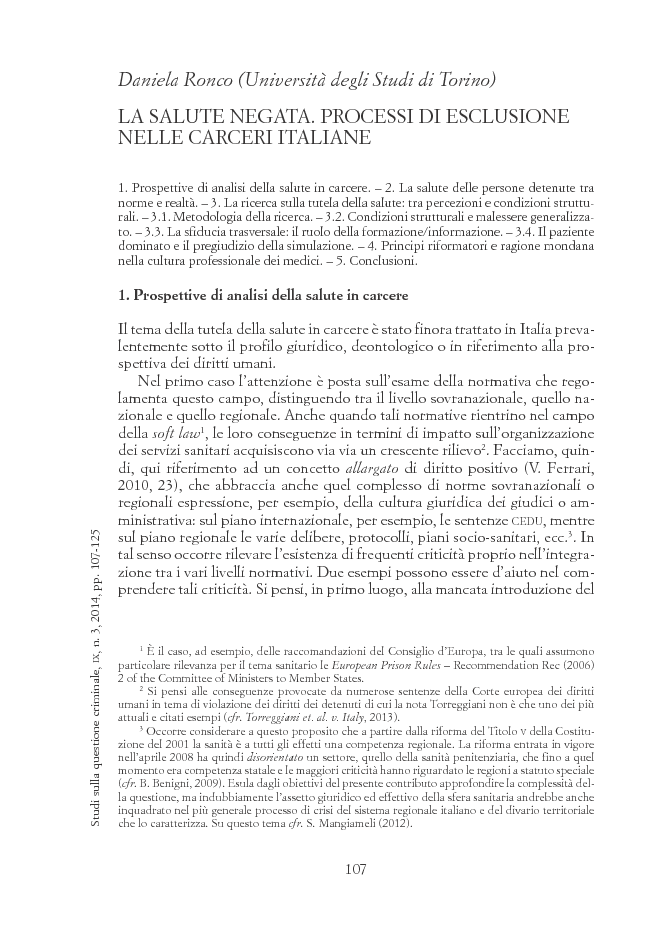