This paper discusses the ways the surging, widespread phenomenon of sexting and revenge porn are addressed both by society and in the law. The article starts out by considering the way in which the social sanction imposed on the victims of these aggressions, detached as it is from any guilt on their part, can only be explained as a "survival" from an ancient "shame culture". The paper claims that this culture, linked to an ancestral tradition of erotization of male power over the woman, has recently been further aggravated by the spread of a mass pornographic "culture" with the wide dissemination of online pornography. The usual outcomes of shame - that is, silence and lack of reaction, both by the victim and by her entourage - are reflected in our law. Indeed, Italian law actually takes a paradoxical stance to this phenomenon: when minors are involved, it provides a rule so punitive, under art. 600-ter of the Criminal Code, that it might even severely recoil on the very victims of these offences, while, as far as adult victims are concerned, it fails to provide any specific type of offence under which to punish this conduct, apart from the unsatisfactory scheme under art. 612-bis, para. 2, of the Criminal Code. The rationale behind this omission, as far as adults are concerned, is that the victim's initial consent to the making of a pornographic image purportedly "whitewashes" the actual offence. However, not only does the consent to make these images and send them to a specific intimate partner not entail consent to make them publicly available but, in addition to that, these images are not always consensually made, and even when they are, the consent given can be read, against the background of the above-mentioned pornographic "culture", as an expression of "adaptive preference". 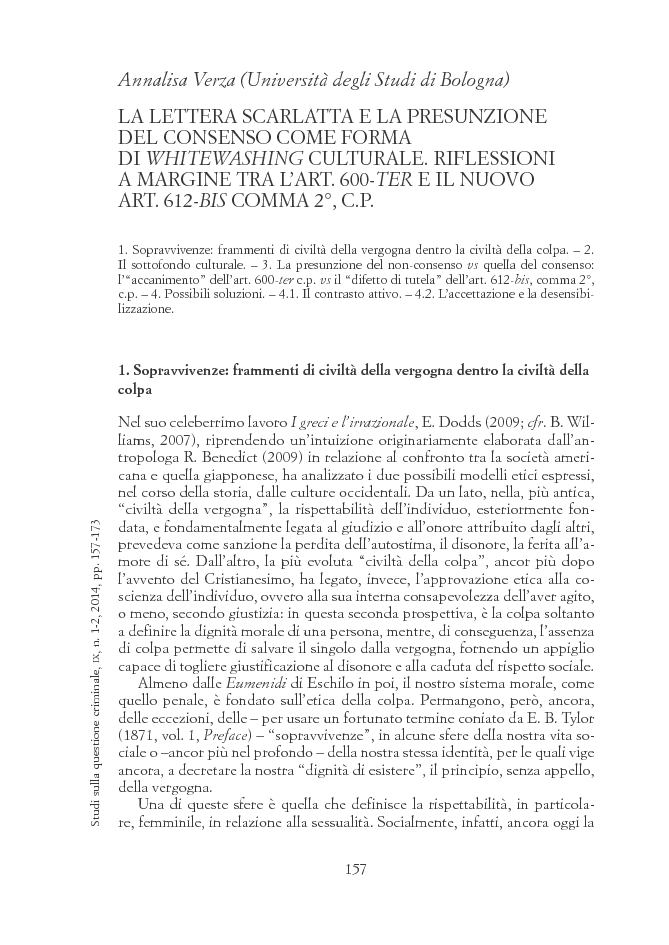