During the Seminar held by Tony Platt and Jonathan Simon in the Fall of 2012 in the School of Law at UC Berkeley, Tony Platt interviewed Angela Davis, the well-known author, activist and proponent of prison abolition. The first part of the interview turns around Angela's biography, from her childhood in one of the centers of the segregated South, Birmingham, Alabama, to the years of the Mc- Carthy era and the repression of Left and Black activists. Thereafter they go to the experiences of Angela as a student, from New York to Brandeis University to Europe to UC San Diego (with Herbert Marcuse). The interview then deals with her experience as a young Black activist, her engagement with the Black Panther Party and the movement of solidarity with George Jackson and the Soledad Brothers that landed her in jail for a year and a half, bringing her to a trial that made her a world-wide celebrity (she was acquitted). Moving from that experience the interviewer then asks her about issues of crime, imprisonment, racism, gender, and how to possibly arrive at an overcoming of imprisonment. In the end, Angela refers to the importance of prison abolitionism in the social and economic situation characteristic of what she calls "the global South". 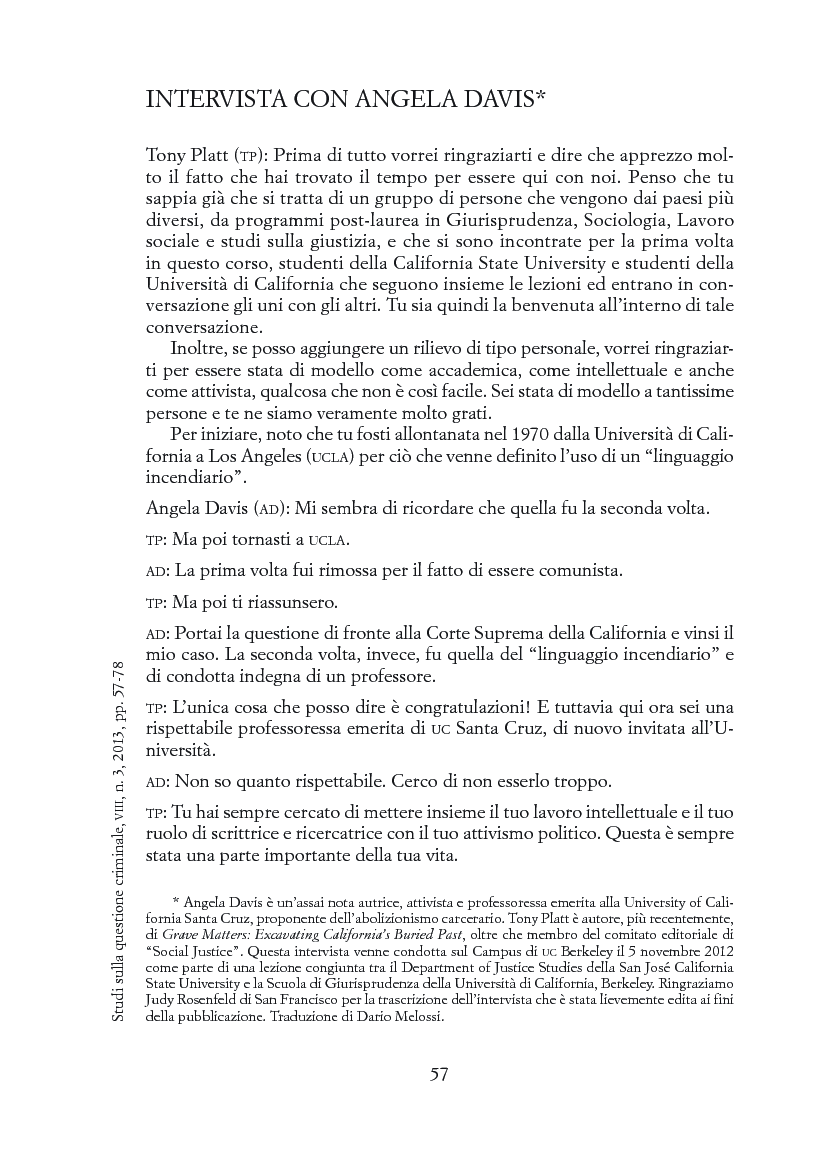