It was the emergence of the notion of the state crime amongst other things which questioned deeply traditional criminal law theory's assumption that criminal liability need be sufficiently individualized. State crimes are distinguished through collective action, systematical modus operandi and a macro-criminal dimension. Their notion is the outcome of critical criminology, of criminal law paradigm explicitly protecting human rights and of critical law and social theory stressing topics like "cruelty", vulnerability and "suffering" or like "evil" and "otherness". These topics feature thus as necessary underpinnings for our law-moral concepts, underlining also from their part the abstraction from "individuality" as the mark for perpetrator and victim legal positivism has endorsed and promoted. For a critical criminal law theory the crucial question seems to become how an "enlightened" criminal policy can deal with the macrocriminal dimension of state crimes without betraying its values. Keeping in mind that blameworthiness and culpability of state crimes are huge, the paper assumes that the incorporation of collective aspects of wrongdoing and guilt into the category of state crimes is possible and required. Therefore are examined more extendedly doctrinal features from the international criminal law discussion, such as "joint criminal enterprise" or qualified forms of co-perpetration. As crucial appears that the individuals can be imputed for the collective evildoing as long as they can be seen as knots of a criminal network, which both surpasses traditional individual responsibility and extends the narrow notion of state crimes also to quasi-state entities, without though entailing common crimes merely involving state's agents, as these can be dealt with according to the legalist tradition. 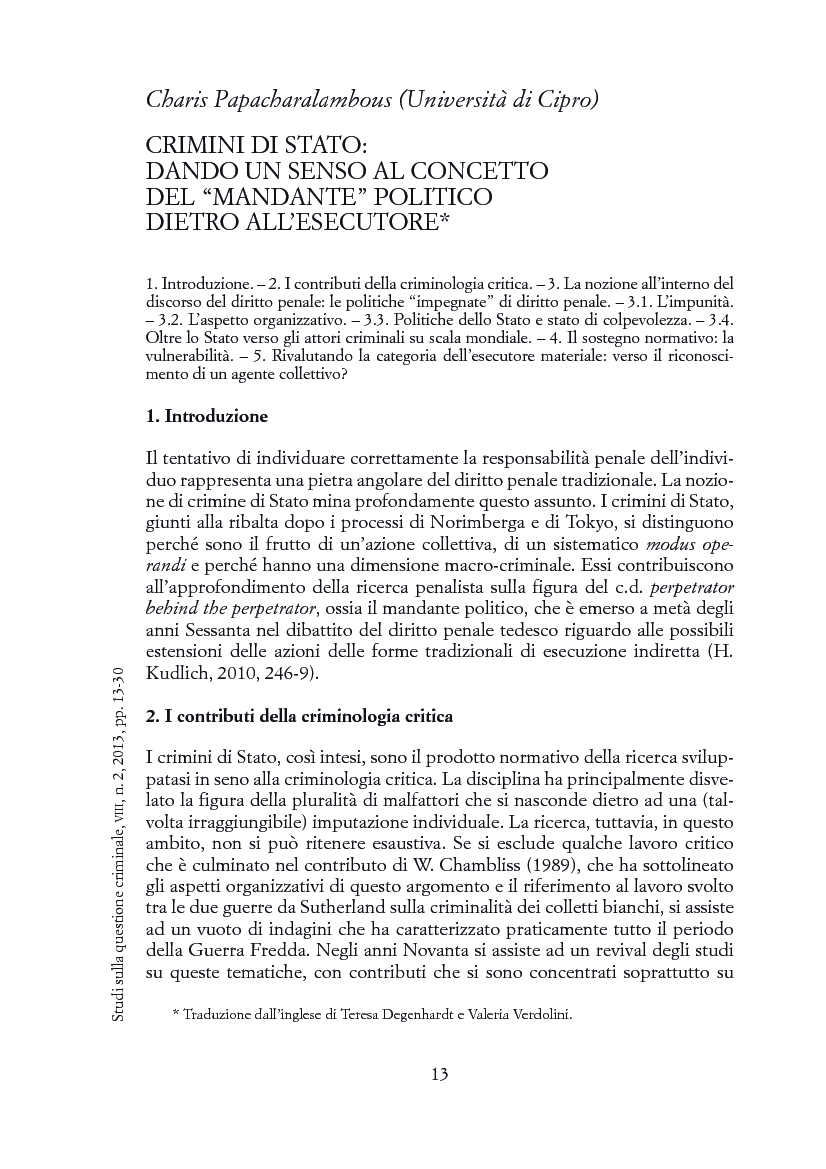