A number of laws and ordnances are here described as exemplary of a mode of control which is being justified by the necessity of restoring at the same time security and decency. Decency is at the core of many local councils' ordnances against graffiti, street prostitution, the selling of "ethnic" foods, young people gatherings in public places, and a myriad of different behav­iours labelled as threatening the security of the citizenry and the decorum of the city. Decency and security are deployed together to justify national laws against street prostitution. Preventive restrictions on attending football games are imposed discretionally and on an administrative basis on football fans supposed to be dangerous hooligans, and such restrictions have been invoked recently by our Minister of the Interior for prospective "violent" participants to political demonstrations. The author argues that these, and other, measures here described appear to control through a distinction be­tween decent and "indecent" people, where those supposed to be "indecent" and therefore dangerous, while many and varied, are in general the young. Such distinction obfuscates the growing social and economic inequalities ex­acerbated by the present crisis, and its high costs for, especially, the young, and is accompanied by another distinction, that between the very rich, to whom everything is permitted, and the rest of the population, invited to, precisely, to "be decorous". 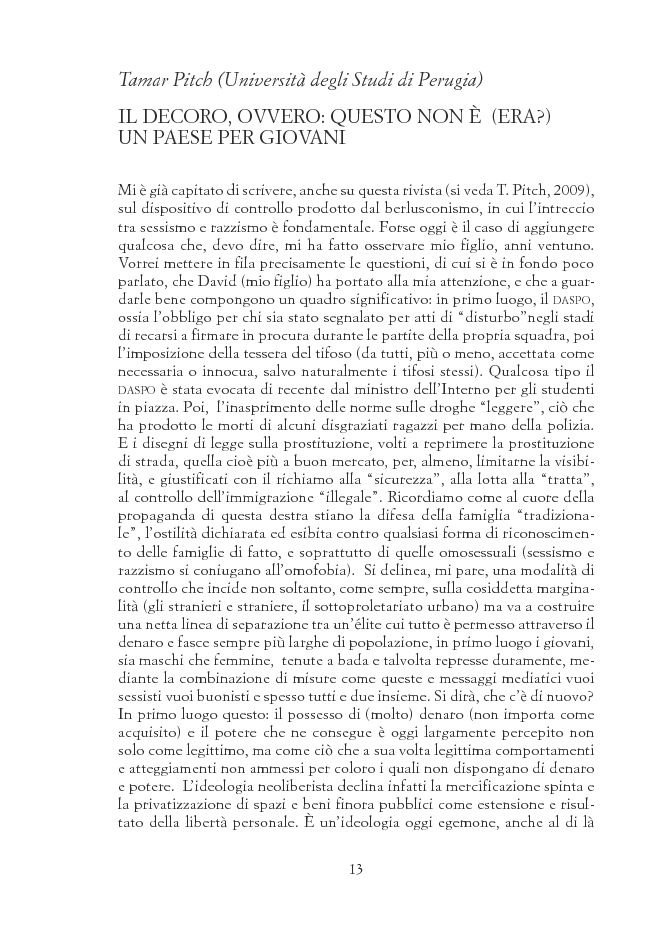