The principle of non-refoulement is a central piece of EU’s fundamental rights regime and a cornerstone of the international legal system for the protection of refugees. However, the EU Member States risk undermining the principle causing the de facto impossibility to individually assess the asylum claims. Indeed, on the one hand, they pushback third country nationals and, on the other hand, they outsource immigration controls to third countries. The present article examines whether violations stemming from practices amounting to pushbacks, pullbacks and forms of digital refoulement or backscattering could be considered as isolated incidents or part of a deliberate strategy of the EU and its Member States. In order to do so, elements of international law and European Union law on the non-refoulement obligation will be discussed in dialogue with critical borders and migration studies. Specific attention will be dedicated to the development of the smart borders and to the functioning of EUROSUR. It will be argued that, in particular since 2015 and the so-called asylum crisis, an increasingly violent “pushbacks approachµ is considered legitimate and, as a result, the right to seek international protection is affected. In addition, breaches of human rights are tolerated. 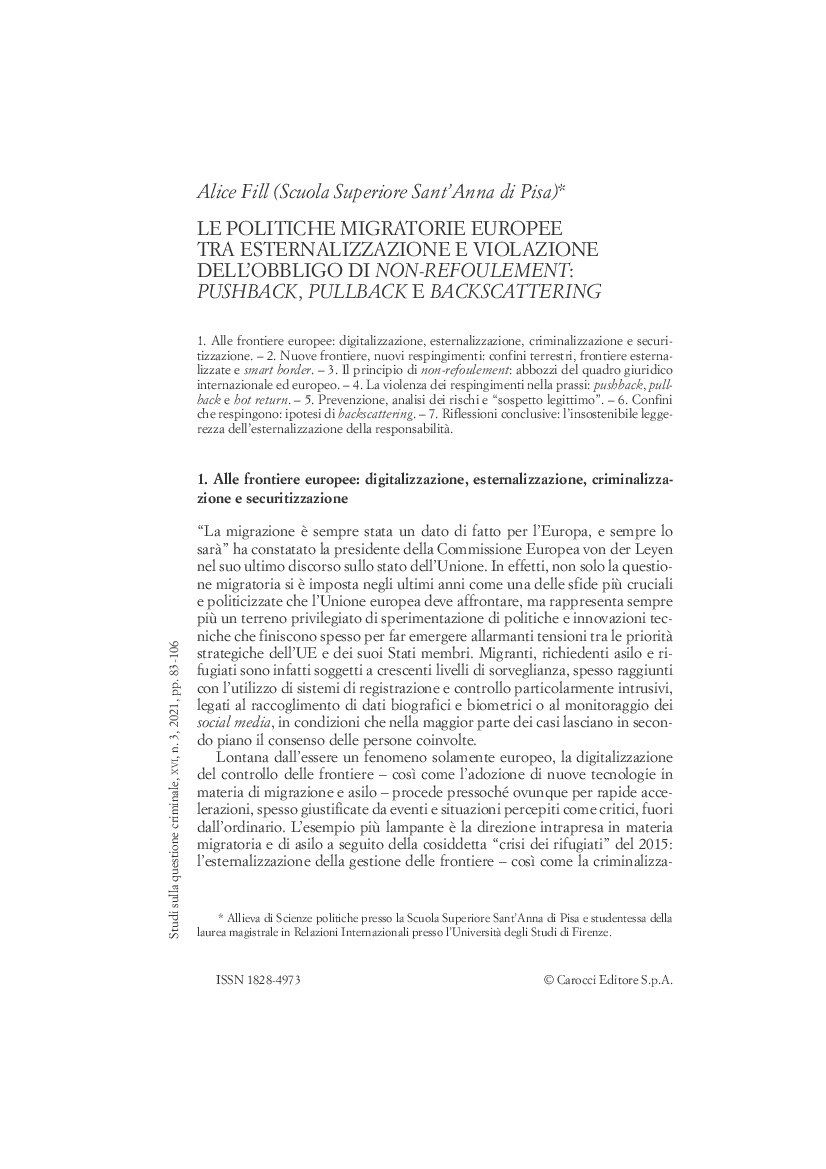