The essay analyzes the relationship between hermeneutics and practical reason in the context of judicial judgement, which is realized in front of particular cases. The logic of modern State requires formalized knowledge, apart from the particulars, which relies on the general and abstract logic of the laws. This is required by the idea of separation of powers, by guarantee of citizens’ rights and political democracy. We must then ask ourselves: how is the link between the interpreter and the judges with laws established? The answer of contemporary german juridical hermeneutics is that this link is established as a form of perfecting (Fortbildung), not in the deductive form of a judicial syllogism. This idea of perfecting is not only a theory of interpretation, but it also contains a theory of law, based on the fundamental character of law, i.e. its positivity, captured not as a datum but as a process, the process of positivization. 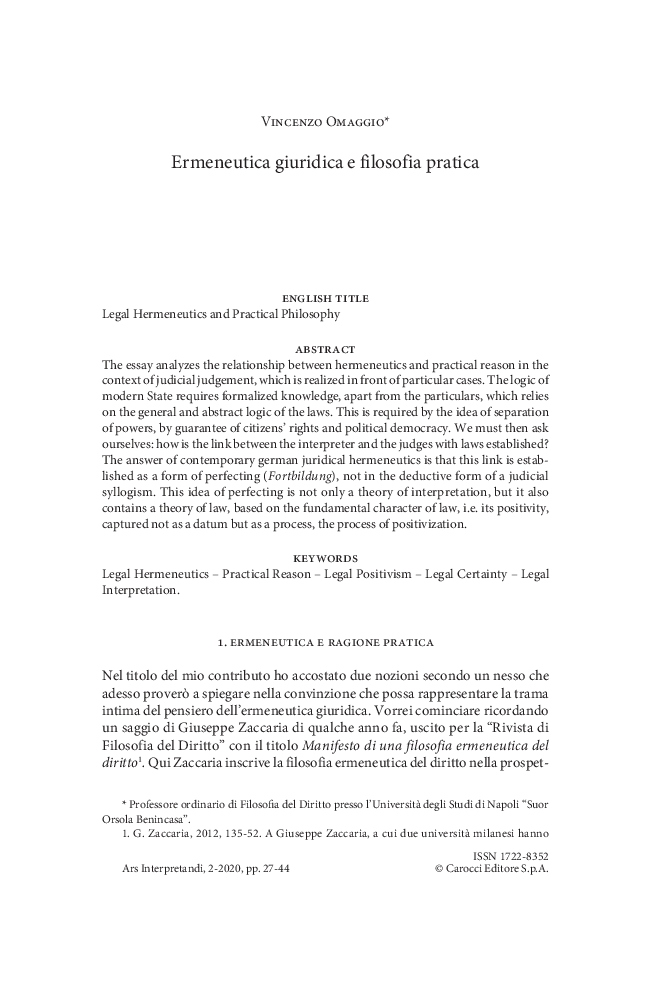