The author analyzes cases where a contract is concluded by a legally capable person who is, however, in a situation of particular weakness or vulnerability, for example, because of an illness, old age, addiction, awe, fear of the other party or even of a third party. This paper aims to verify if the concept of invalidity (due to vices of will or a diminished mental competence – or total lack thereof ) can cover these hypotheses, thus drawing a parallel with what happens in other jurisdictions (e.g. in the Anglo- American system, where the defense of “undue influenceµ is applicable, or in France, where the “abus del dépendanceµ has just been introduced in the Code civil). This issue is considered not only with regard to the contract, but also the will. 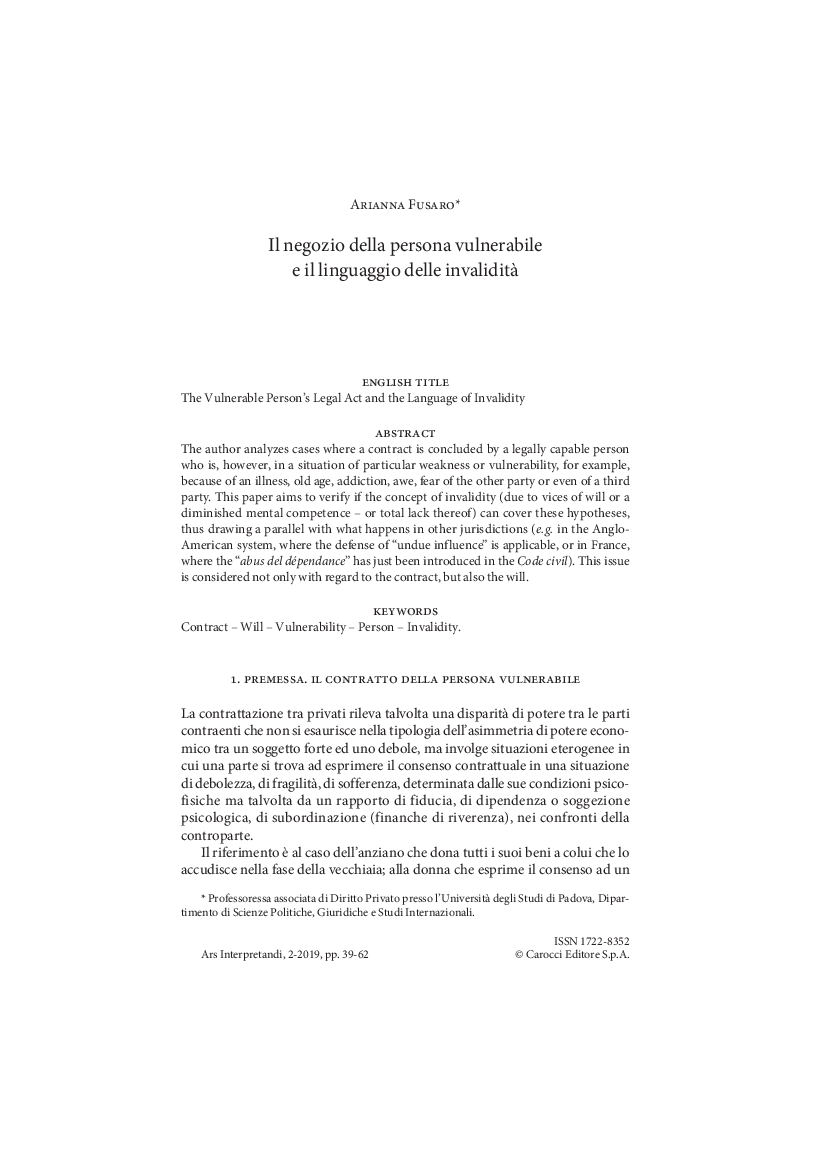