In the wake of the recent reviving of the politico-legal debate on the problematic character of constituent power, this essay seeks to give its contribution in terms of a genealogical-deconstructive investigation. By means of this style of analysis, the intertwinement of a double register of paradoxes or aporias will be illustrated as a hermeneutical key capable of re-orienting and re-asserting, under a new light, the major issues concerning such a debate. Pointedly, it will be shown that the paradoxical condition regarding constituent power can be understood, on the one hand, as genuinely deriving from the very contingent and plural character of the instituting space, which is part and parcel of the structural configuration of the modern political paradigm; on the other, as the result of a peculiar interpretive ambiguity which, simultaneously operating within the modern discourse, has constantly complicated and enhanced such a paradox, thereby preventing its linear elucidation and unfolding. 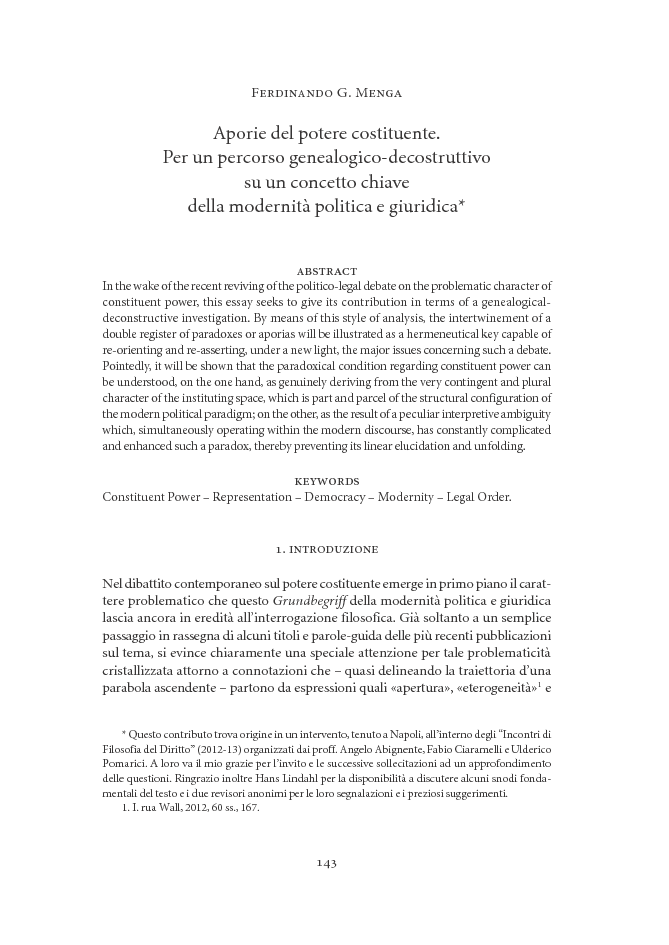