After having rejected the perspective according to which judicial reasoning deals with one right answer, and having rather embraced the idea of judging as a matter of degree, the paper tackles, from the Constitutional Courts point of view, the topic of intra-systemic and extra-systemic judicial conflicts. Firsty, it outlines the causes of conflicts. Then the paper comes to draw the main attitutes and the main tools developed by courts when dealing with conflicts. By analyising some paradigmatic and recent decisions of the Italian Constitutional Court and of the European Court of Human Rights, the Author underlines that, while the view based on single cases can enlighten conflicts and incoherencies, an overall view of the judicial trends may show forms of convergence. Moreover, she maintains that, since the extra-systemical relationships among courts have been taking a network rather than a hierarchical shape, the dialogue among courts seems to be a promising pathway. 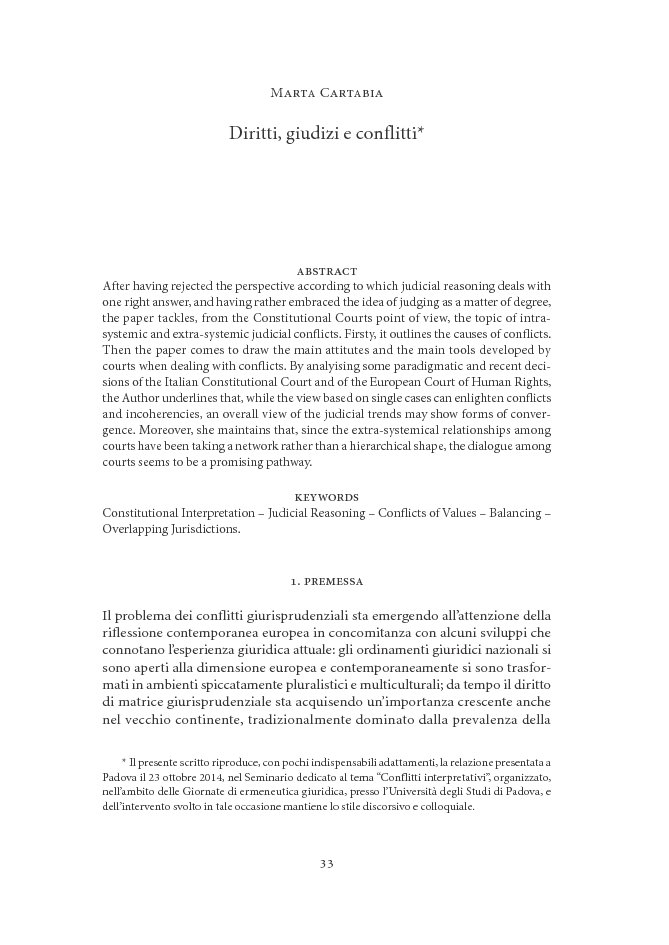