Constitutional courts no longer have the final say, but dialogue with lower and superior courts. They review legislation, but are held in check by other judges. Constitutional courts are neither a bulwark nor an instrument of State sovereignty. They belong to a "choir" of courts, all committed to the same task of protecting citizens' rights. National legal systems are opening to supranational law. The latter features courts that often decide differently from national supreme courts. These, in turn, are required to consider the decisions issued by, and dialogue with, courts beyond the State. In addition, supranational law's infiltration into national legal systems also authorizes "lower" national judges to pronounce themselves upon the constitutionality of legislation. 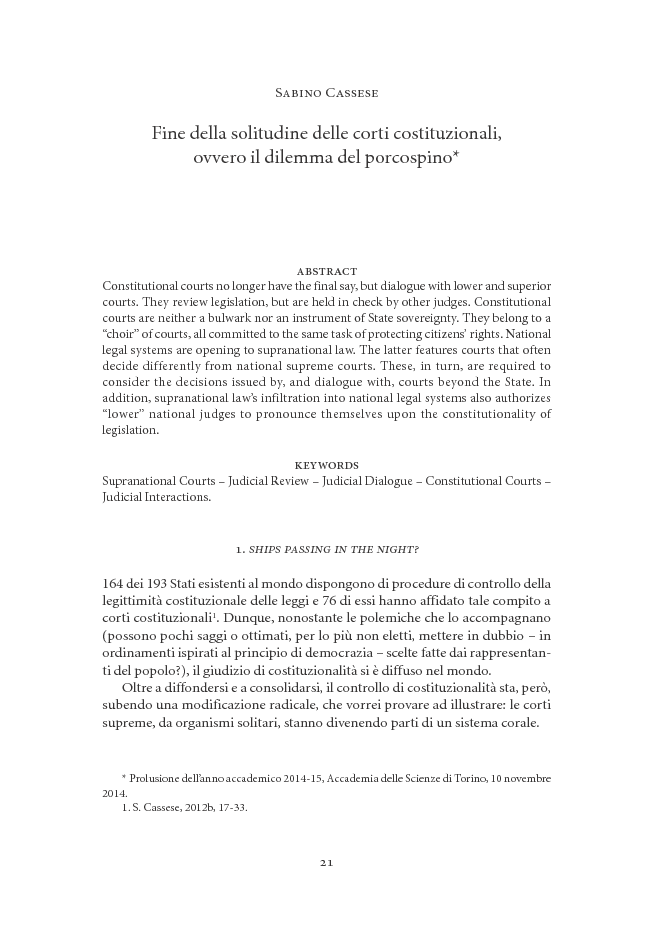