By a comparative analysis of Walzer' scientific works in the field "social criticism" and "just/unjust war", the essay shows that the tension between the categories internal/external is working in the complex of author arguments. Such a contraposition, examined from the strict perspective of the disciplinary languages, which articulate the "modern" moral-historical world, has to be considered constitutive of the separation between juridical and moral paradigm, social acting and communitarian belonging, reasons and meaning, critics and interpretation. Walzer' attitude to contaminate disciplinary languages, on the contrary, make it impossible for him to investigate the aporetic overcoming from the juridical "boundaries" to political and cultural "frontier". 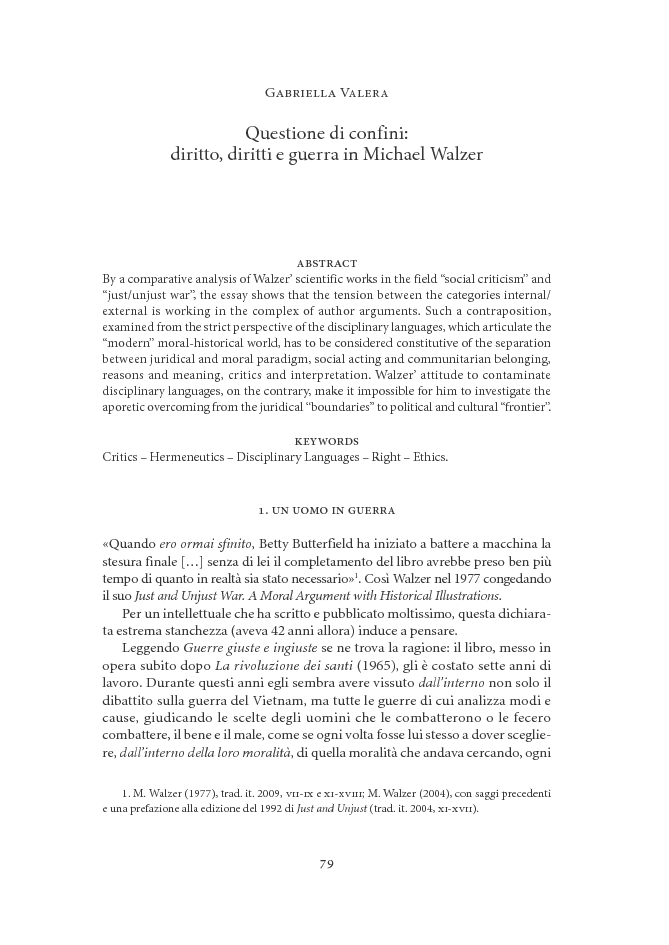