In this paper, a comparison between two dichotomies is carried out: the hierarchy/ market dichotomy, proposed by Coase, and the taxis/cosmos one, proposed by Hayek. Although made for different purposes, and at different levels of abstraction, those two well-known economic «ideal types» clearly share a common ground (§§ 1-2). The latter is then paralleled with one of the «great dichotomies» of legal thinking, according to Bobbio, that is, public/private law. The Hayekian dichotomy proves here to be consistent with a legal tradition that splits the legal universe into two quite separate halves (§ 3). Finally, the ubiquitous integration of «orders» and «organizations» is traced back to the Roman private law, and to the Greek polis, in order to reveal some implicit assumptions on which these economic and legal models rest (§ 4). 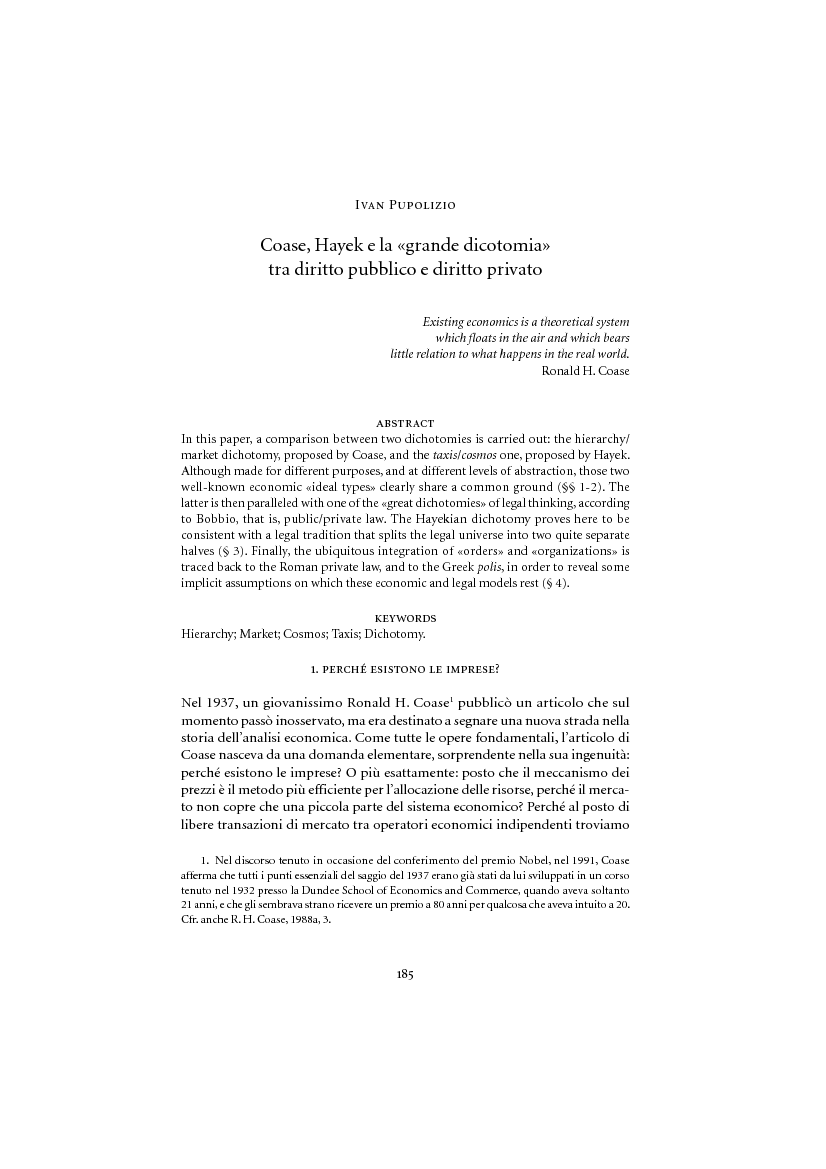