In "De civitate Dei", Augustine's argument focuses on the fact that it is the individual who makes a free decision to belong to the "terrena civitas" or to the "civitas Dei". For this reason, it is not the Church as an institution, nor "a fortiori" the Christian empire (from Constantine) to form the "civitas Dei", although to this belong all those Romans who embrace 'the true faith'. For the same reason even in the ancient pagan empire, which represents the "terrena civitas", Augustine does not fail to point out the examples of those men who were distinguished for their virtue, even though imperfect. He goes on to show that those who are not citizens of the "civitas" Dei are more useful to the "terrena civitas" when they possess even imperfect virtue, than if they had not even that. And surely Rome, though pagan, was useful in obtaining the greatest good to which every man aspires: peace on earth. Although it is certainly different from heavenly peace, the true peace, it is still a condition that the "civitas caelestis" in turn, while it is a pilgrim on this earth, needs to use. This peace, however, is the result of imperialist wars that Augustine vehemently condemns, wars provoked by a "libido dominandi" that has upset a natural order in which there would have been only small kingdoms that would have lived in harmony with their neighbours. To Augustine, then, the empire of Rome was not necessary to the world's welfare, but since this empire now exists, the citizens of the "civitas Dei" who live in it can 'use' the benefits it has brought: firstly peace on earth; furthermore, they can be encouraged by the examples of its pagan heroes and can bring to fruition the "virtus" of these heroes. Christian "virtus", even more than pagan "virtus", according to Augustine can offer a real contribution to the salvation of the "Res publica": so that not only can the citizens of the "civitas caelestis" 'use' the benefits of the "terrena civitas", but the latter may also benefit from the "civitas Dei". 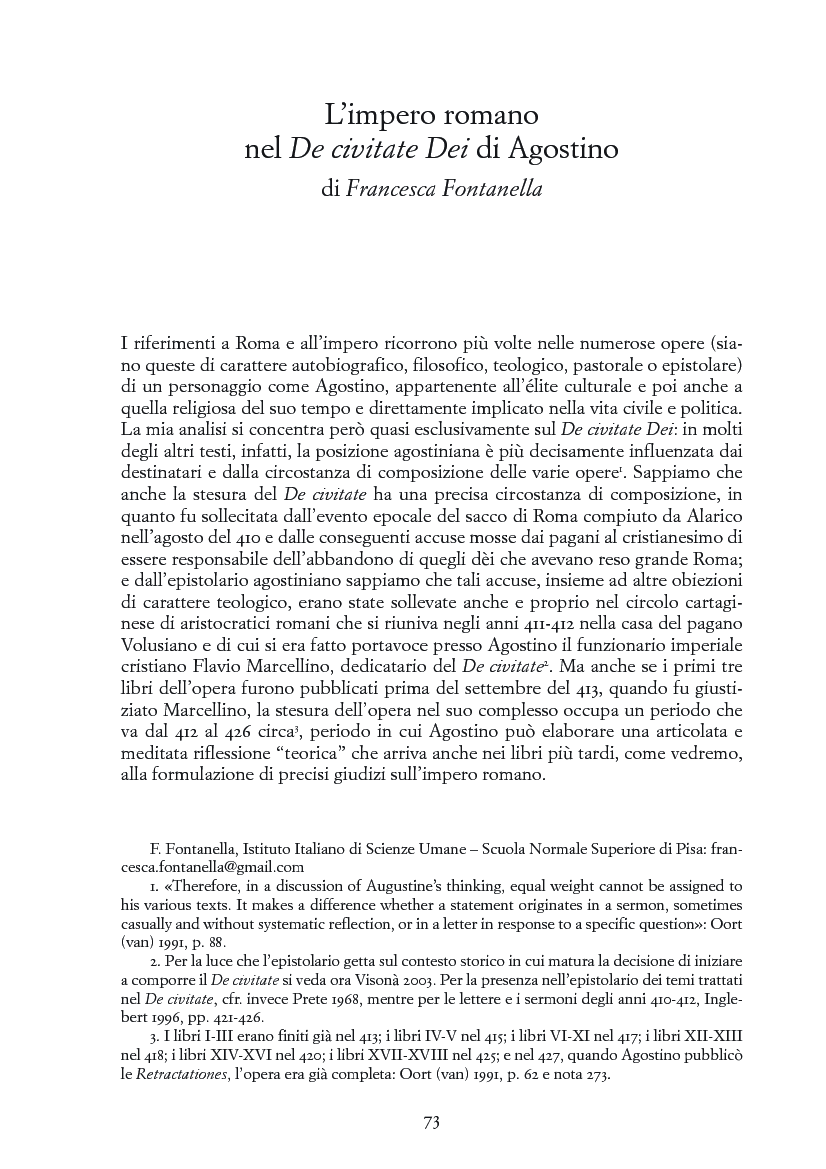