The research is aimed to focus the repertoire of revisions made spontaneously by 65 children, when they are administered writing interviews repeated during the first grade of primary school. While the children were asked to write a list of words of different length and pairs of words (such diminutive and singular-plural). The analysis of revisions considered three variables: temporal collocation of the revision; nature of the revision; linguistic unit object to revision. By the results emerge that a) children, during the acquisition of an alphabetic writing system, during the first grade, acquire a greater familiarity with the revision process and its various articulations, doing more frequently additions and replacements of minimum units such as letters; b) there is an evolution related to the starting point of the revision: in the first interviews the revision is operated only at the end of the writing process, subsequently children do it during the writing activity; c) there is a relationships between the belonging of the child at a conceptual level of literacy, with the nature of the revisions: all children at the non-alphabetical levels produce revisions only when invited by the researcher, also while than an autonomous control on their own written production; conversely, children who belong to a higher level of conceptualization, autonomously activate revisions, already during the phase dedicated to the production of the writing, while producing the requested words. 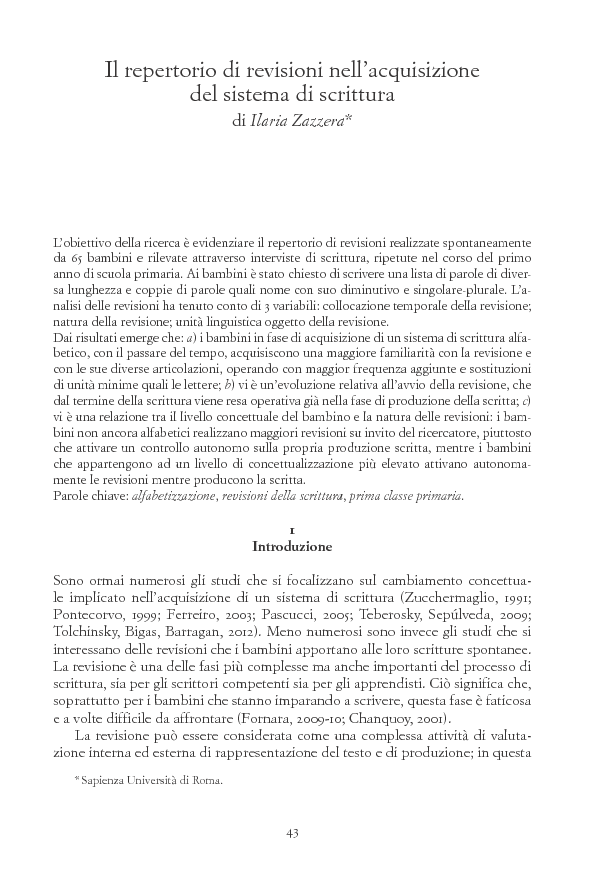