Aim of the study is to examine the differences between patients with Eating Disorders (ED) and people without ED on perfectionism and impulsivity and evaluate the relationship between these personality dimensions in each subtype of ED. Participants. 66 people with diagnosis of nervous anorexia (NA) and of nervous bulimia (NB) (mean age 27,8 ± 9,2) were compared to 52 people (university students) without eating disorders (mean age 24,9 ± 5,9) using scores obtained to questionnaires of perfectionism (MPS-F e MPS-HF), impulsivity (BIS-11) and eating (DEQ, EAT-26). Results. The group with eating disorders in negative perfectionism reported values higher than those of the control group. However, the NA group scores in negative perfectionism were not different to those of NB one; on the contrary the values of NA group with respect to those of NB were higher in positive perfectionism. Considering the impulsivity dimension of personality, eating disorders group showed values higher than those reported from group without eating disorders. The NA group respect to NB one showed an higher score in non-planning impulsiveness, but for the attentional impulsiveness the score of the people with NA and NB was similar. On the contrary the difference was obtained between groups with NB and NA disorders in motor impulsiveness: the former showed values higher than those of the latter. 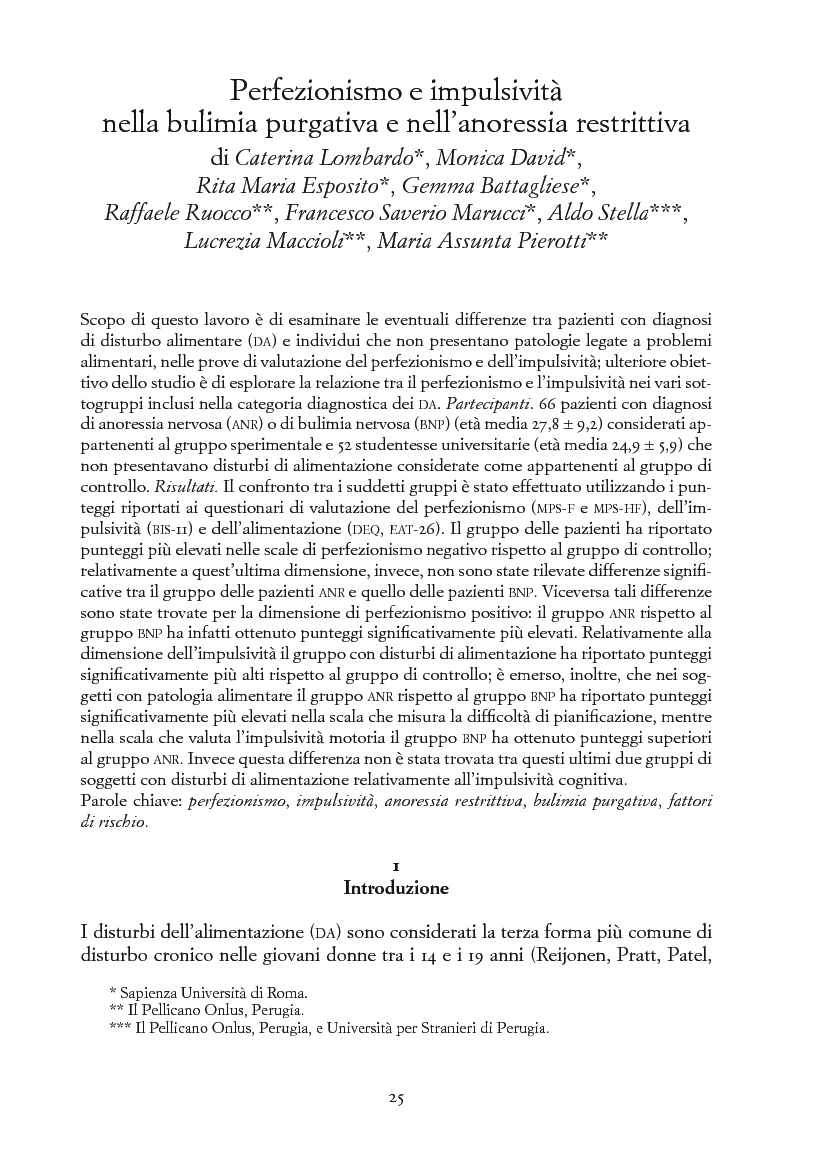