The present study investigated the reactions posted on-line following a video message by the writer Roberto Saviano at a demonstration in support of Israel. More specifically, the cognitive, emotional and behavioral reactions that are identifiable in the bloggers' anonymous comments (n = 113) were analyzed. The findings, discussed within the frame of studies on attitudes toward Jews and Israelis, showed that most of the contents have a negative valence, focusing more on the source than on the message. Moreover, the reactions mostly focused on the words in defense of Israel than on the Jewish origins of Saviano. The results showed the profuse presence of discriminatory expressions being indicative, not only of contemporary anti-Jewish prejudice as predicted, but also of classic and modern prejudice. 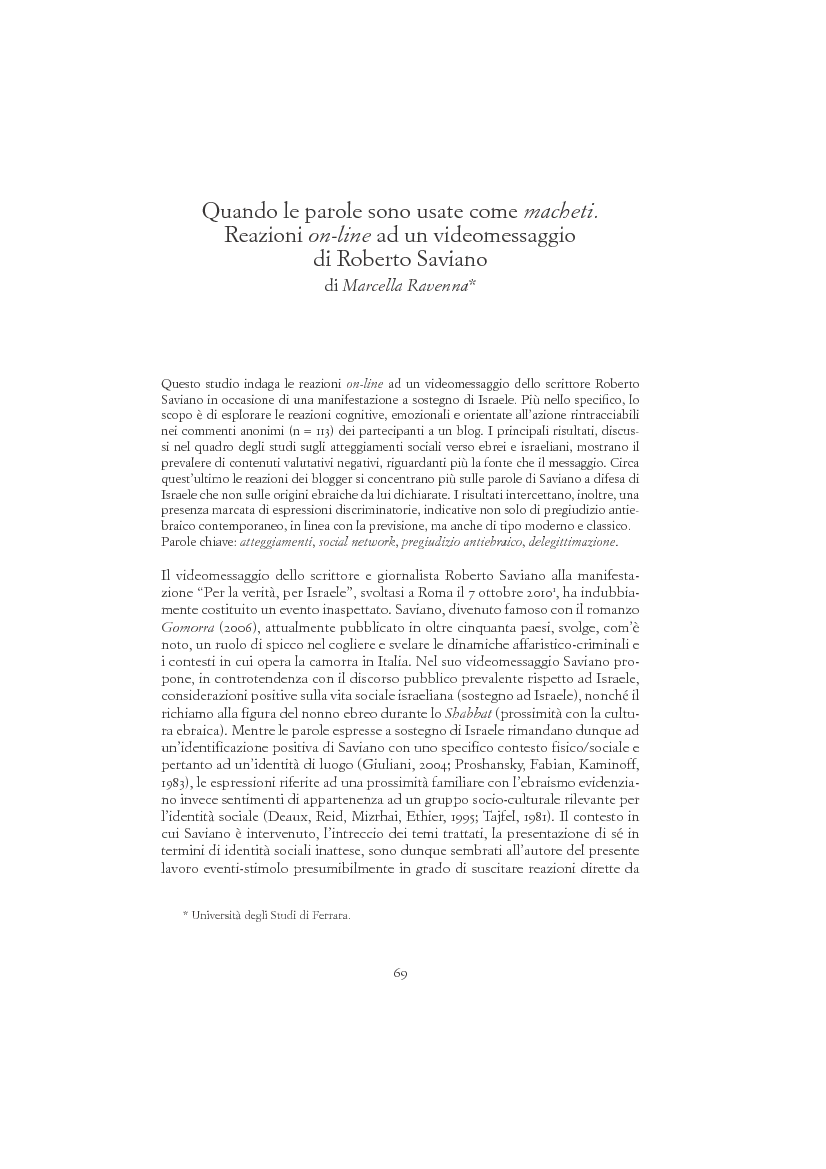