“Sovereignismµ is one of the most recurrent notion in recent political debate, but the fundamental contradiction on which it rests – i.e., the impossible attempt at offering solutions to supra-national problems by reactivating the modern logic of nation-state sovereignty – has a longer history. This paper thus aims at outlining the phantasmatic reasons behind this anachronistic resurgence and the compulsion to repeat inherent in all sovereignist strategies. It starts by retracing a genealogy of the concept of sovereignism, showing how this latter is transversal to the traditional leftwing/rightwing divide. It then moves to highlight the three premises on which sovereignism lies – the appeal to State sovereignty, the call for the strengthening of popular sovereignty, the individual desire for sovereignty over oneself – while also showing the paradoxical outcomes of these premises when they are evoked within a framework in which the State, the people and the individual have been long undermined by neoliberal governmentality. Finally, it concludes by showing the hidden mechanism of the sovereignist trap, while also trying to point in the direction of a possible way out. 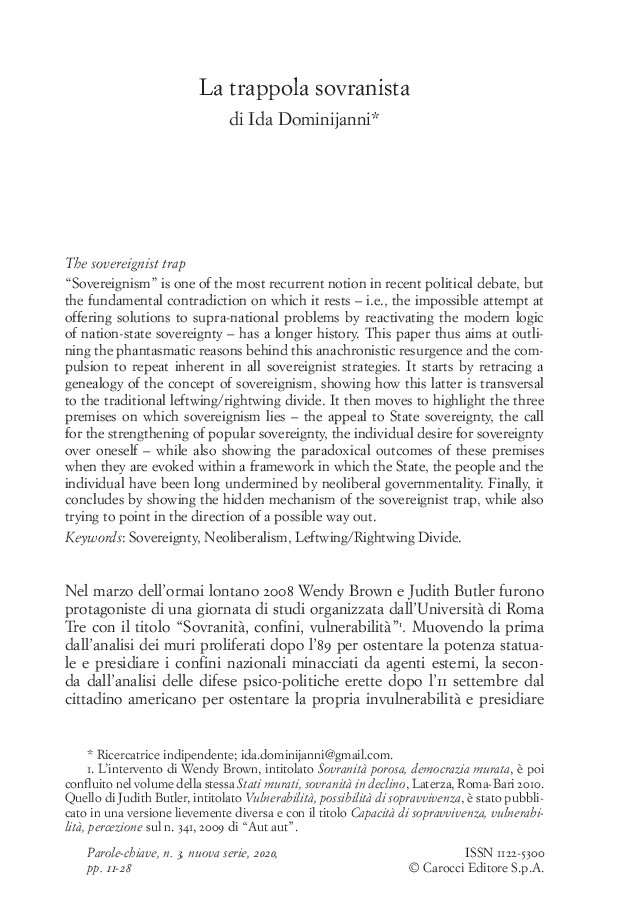