The rise of a nationalist and xenophobic political party (the Sweden Democrats), between 2010 and 2018, can be read as a consequence of the decline of a well-established, unwritten civic code. Loyalty to the rules of participatory democracy and a striking absence of confrontational forms of political action were the defining characteristics of the Golden Age of the "Swedish model". A particular pattern of integration to the social sphere had fostered such a consensus-based ethos: widespread participation in association networks and their interaction with the institutional sphere were a condition for reform programs that combined State control with increasing freedom of choice for citizens, groups and minorities, within a given set of rules. During the 1990s and 2000s, the impact of structural reforms that empowered the individual as an economic and political actor (but also led to his or her isolation), rekindled nostalgia for an organic model of citizenship, based on homogeneity and reciprocity. Playing on the dual register of fear of immigration and nostalgia for ancient and prized forms of communal cohesion, the "Sweden Democrats" have succeeded in presenting themselves as legitimate champions of the heritage of the "Swedish model". 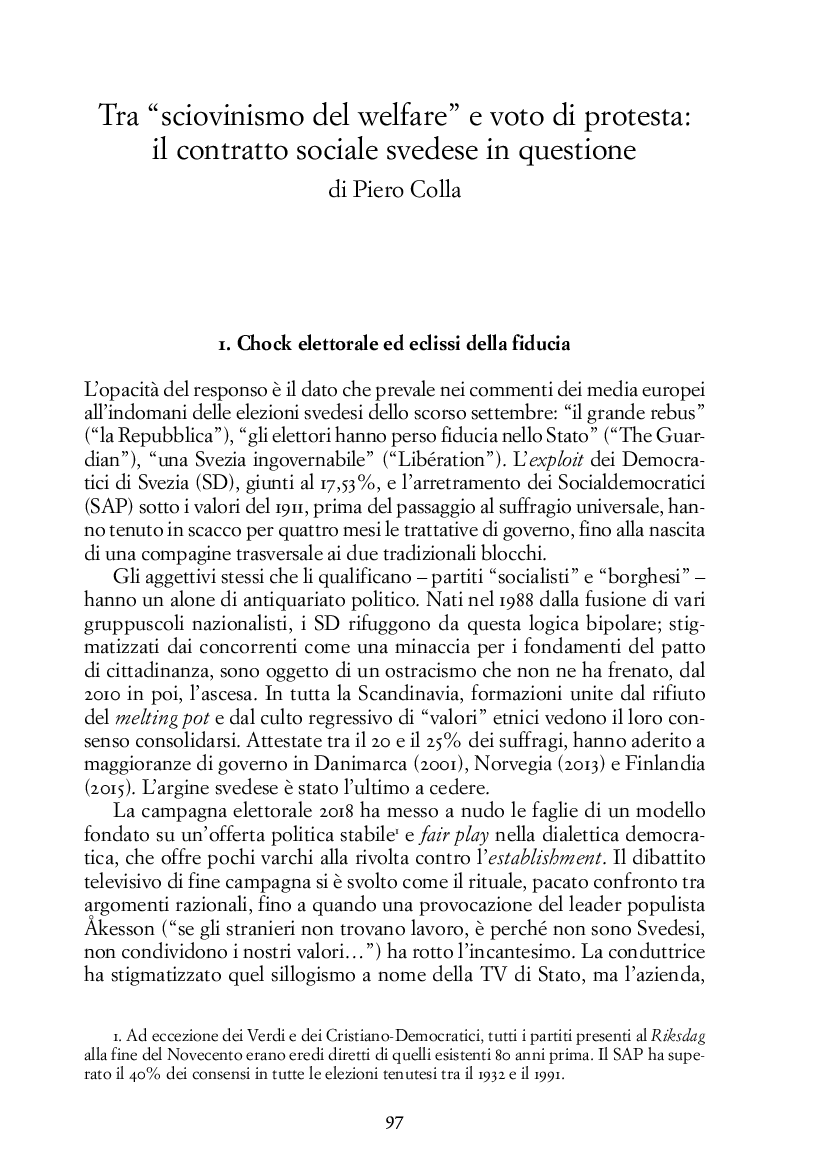