In this interview by David Bernard and Alexandre Lévy, the German philosopher Peter Sloterdijk talks about his most recent books, focusing on the concept of "Limit". In particular, according to Sloterdijk, the word "Limit" is closely connected to the idea of "Power", "Border" and "Human Dignity": the limit, therefore, is a specifically political concept that has found in modernity a new and different meaning, different to ancient philosophical thought. Finally, Sloterdijk considers the concept of "Limit" also from the point of view of psychoanalysis and underlines how this word can also be considered synonymous with balance and normality, as opposed to a daily life that today is increasingly based on excesses. 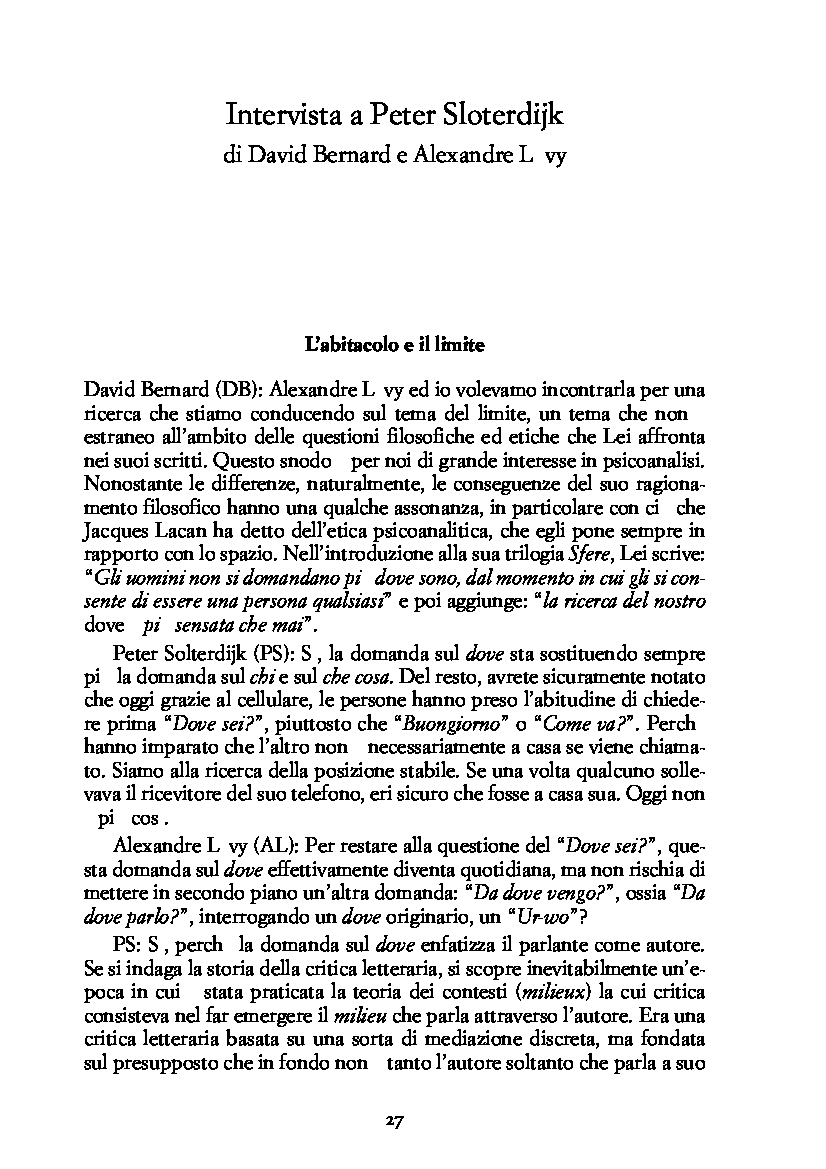