The gangmasters' hiring, as a form of illegal labour intermediation and brutal control of man by man, is not a thing of the past. On the contrary, it has massively come back on the scene in recent years, especially in the last decade. However the author notes that, there is an obvious difference with the Twentieth century: in fact, with regard to the heavier and less qualified agricultural tasks, in most cases, the southern Italian farmers have been replaced by new day labourers coming from Africa and Eastern Europe. In fact, just in the south of Italy, in the last decade, there have been the worst cases of exploitation and neo-slavery, not of native workers, but regarding foreign workers, as in the case of Rosarno in Calabria and Nardò in Puglia. 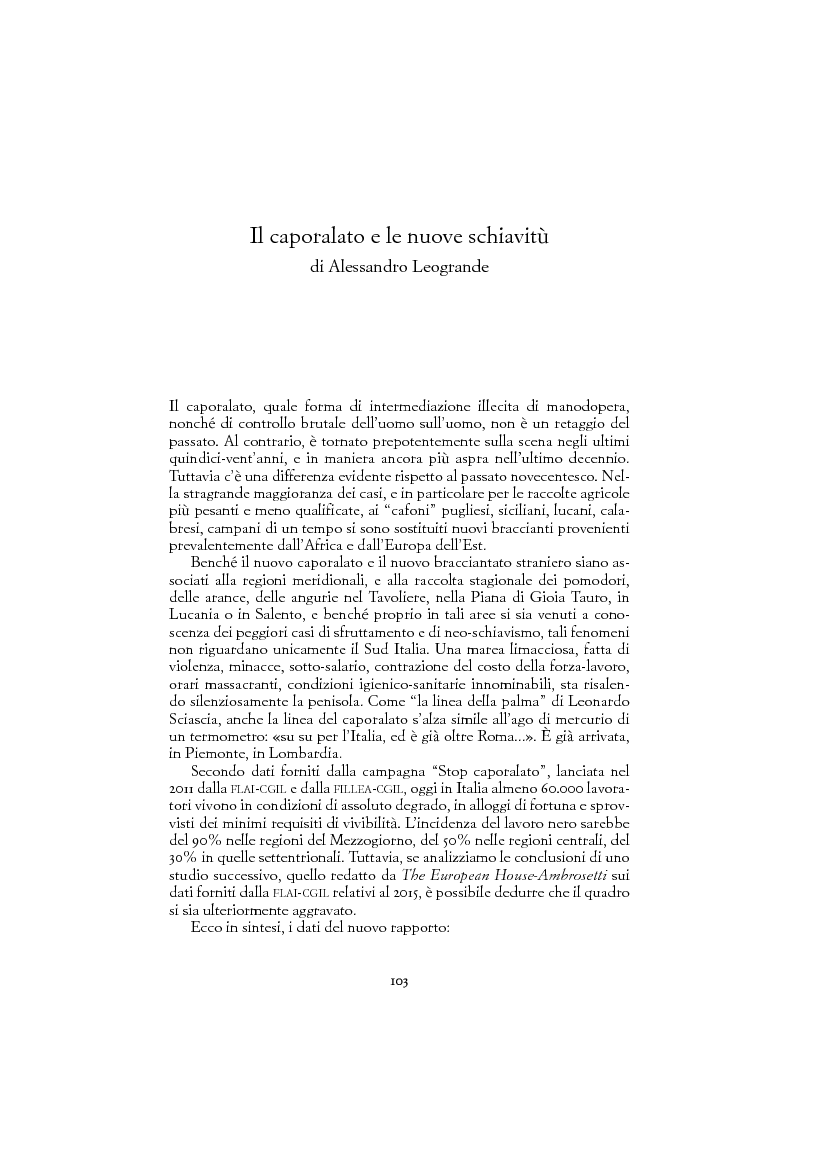