The Archaic culture conceived justice as a universal rule that governed the life of everything, including men, including deities. To such a concept, that has been present since the Homer's time, both archaic poetry and presophists' philosophy testify. Classical culture breaks up this image: democracy breaks the ancient connection between moira and dike as destiny and justice, Sophistic thought deprives justice of its objective foundation. The Attican tragedy was born in the junction-conflict between the declining archaic culture and the advancing classical culture. As Goethe writes, tragedy is always based on an irreconcilable conflict, which cannot find a solution: Attican tragedy puts up the unresolved face of justice, a justice suspended between innovation and tradition, hanging in the balance between men and deities. 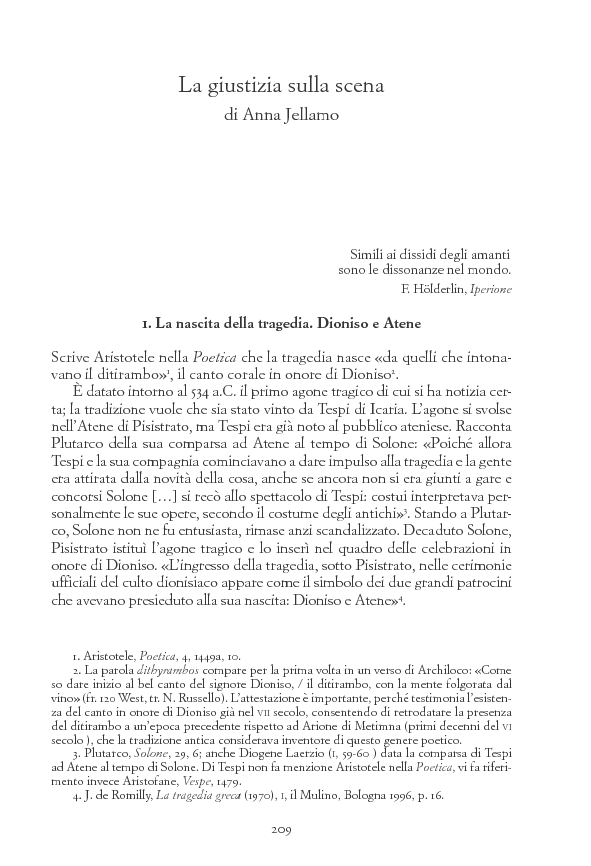