Through the Lawrence Friedman's notion of "external legal culture" and the notion of "symbolic universe" by the sociologists Berger and Luckmann, the article explores the images and allegories of justice, meant here as empirical and documental sources, in order to show the links between social representation and conceptual history of justice. From an idea of justice stemming from Christianity, represented by means of a balance only, weighing the good and the evil that should have promoted the idea of aequitas, we move to the symbolism of the sword, emerged alongside the appearance of the early forms of penal law and culture, and, finally, to the double symbolism of the blindfold. The thesis of this work is that justice is, as claimed by Kantorowicz, a Mater Iuris - the very same mother of the law and not only a function of it. 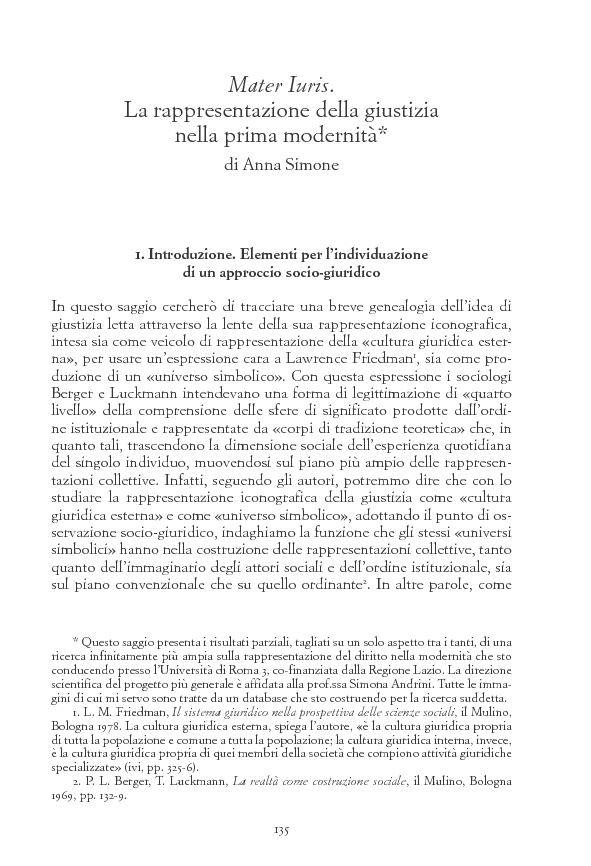