In the widespread phenomenon of "judicial governance" that contributes to the global legal order, an important role is played by various private courts and alternative methods of dispute resolution. International arbitral tribunals in particular, in dispensing legal decisions based purely on the contracts they service, boost the de-politicization and de-centralization of the current legal scenario. However, arbitral awards, particularly in the field of foreign investments, can generate negative externalities. This effect is due to the fact that the investment protection afforded by international treaties, especially trips, are all too often interpreted by arbitral tribunals in ways that support rent-seeking attitudes in companies, while limiting states' regulatory powers in areas of public interest. 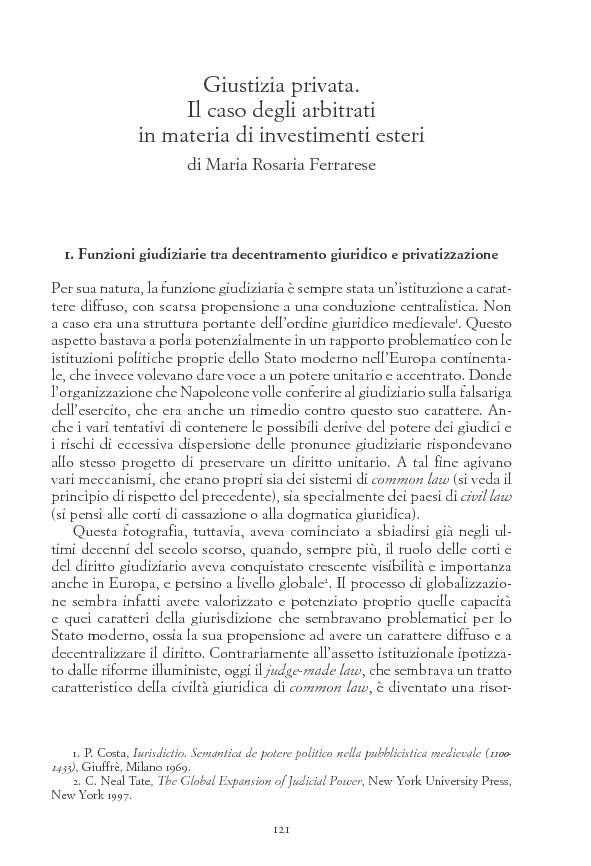