In an agile narrative offered to his daughter in the midst of the Second World War, Carl Schmitt retraces the salient moments of a history in which the decline of the territorial-based state model governed by the Ius Publicum Europaeum is observed from the angle of the progressive rise of the sea powers (Holland and England) up to the planetary dominance of the United States. This sketch of universal history sets off the spark of modernity with the political, economic and existential decision of certain nations that, from the 16th century onwards, constitutionally devoted themselves to the sea as a vital element, and did not limit themselves to taming its alien character in respect of the unquestioned prerogatives of land anchorage. The new order of the sea, which in the vision of the Nazi jurist is inscribed in the equivocal notion of ‘great space’, marks the obituary of that Nomos of the earth of which Schmitt himself accords the role of nostalgic adept 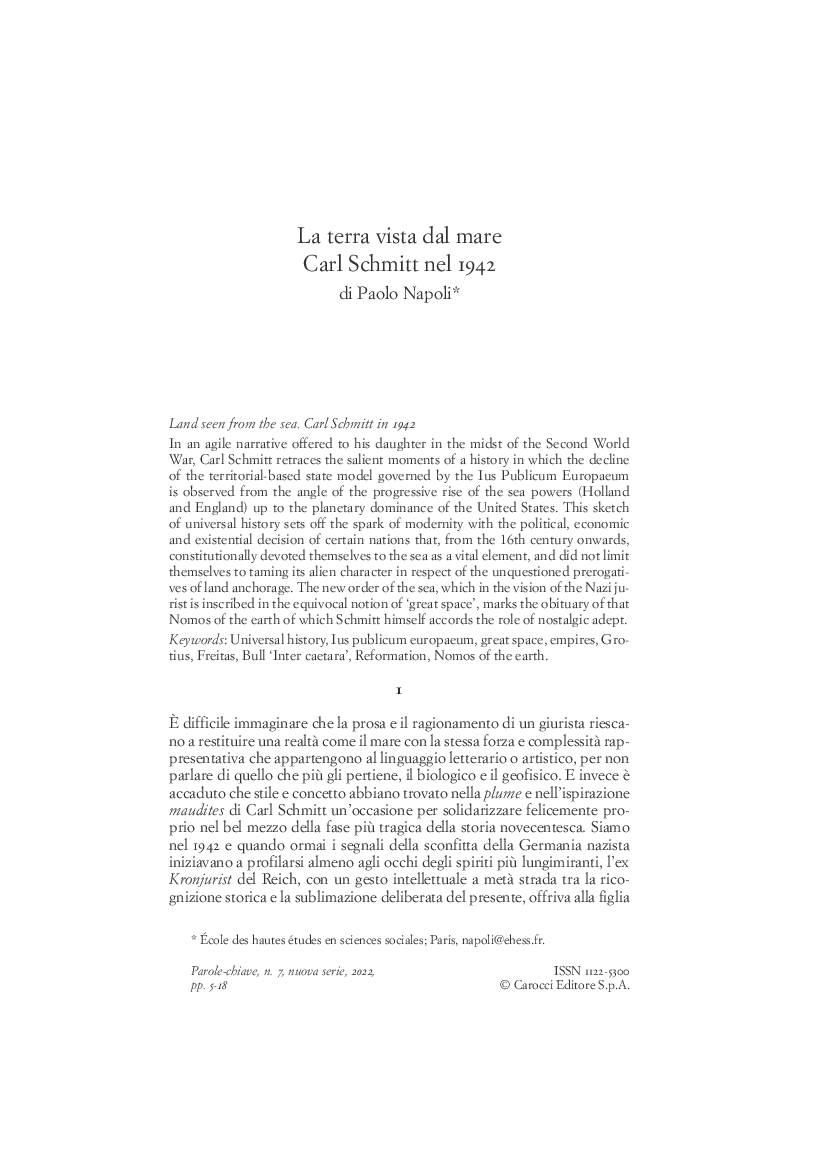