The notion of conversion is usually connected to the field of religion. Conversely, within their studies on philosophy as a practice of life, Pierre Hadot and Michel Foucault underline how conversion could be studied as a key-moment of philosophy as well as of religion. More specifically, through Hadot’s approach to conversion we can reconstruct genealogically the philosophical roots of Christian forms of conversion. More recently, Miguel Abensour explained how utopian thought can be directly referred to forms of political and, at the same time, of intimate conversion: in this sense, this article pretends to approach the notion of utopian conversion as a crux between spirituality and politics, finally revealing such as an anthropological substrate of utopias. 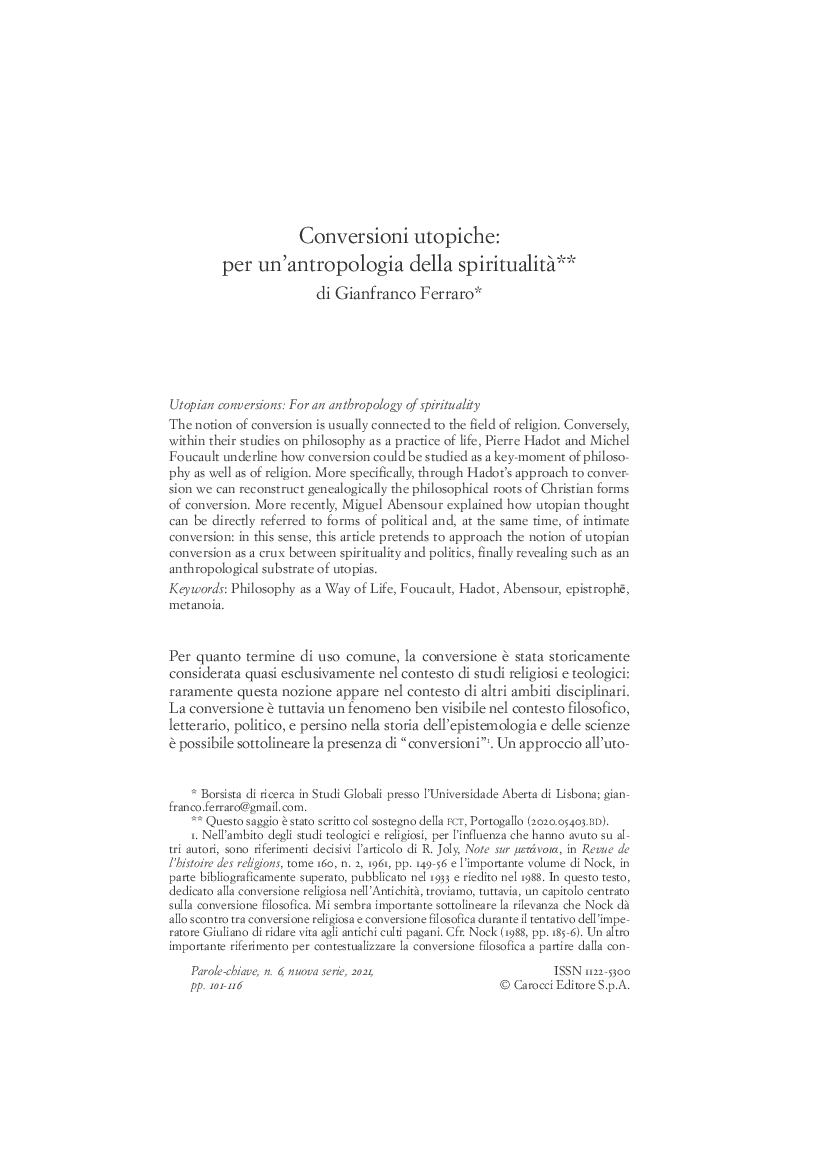