The article illustrates the genesis and development of the first episode of Shoah in Italy, which took place in the Novarese and Verbano provinces in the days following the Armistice. In particular, the dynamics and reasons that led the German soldiers to perpetrate the massacres on Lake Maggiore are analyzed. Important details on the lives of the victims are also highlighted, determining the developments of certain arrests. Above all, it has been ascertained that the number of victims is higher than that known to date. After a brief presentation of the historical and geographical context, the descriptions of the dynamics of each massacre and the presentation of the judicial process which involved part of the perpetrators of the aforementioned massacres follow. 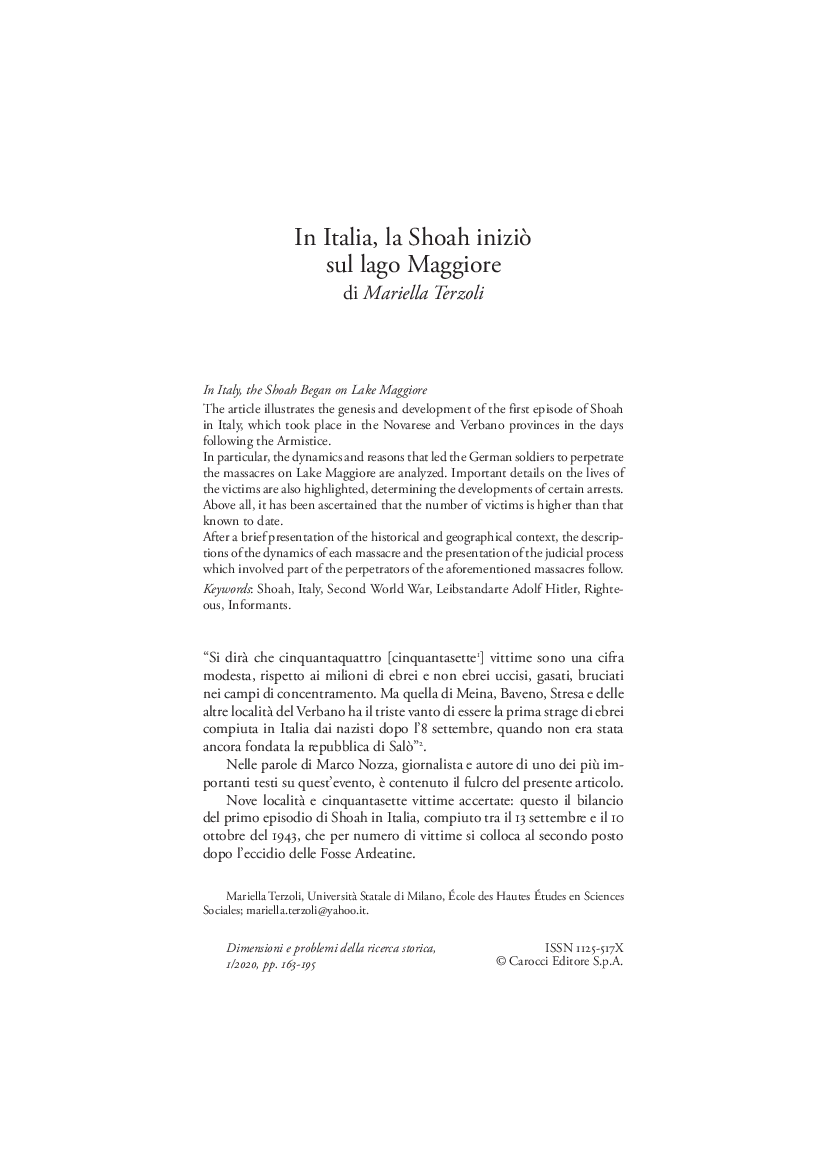