This article reflects upon the practices through which men of letters circulated, negotiated, and accessed – often simultaneously – networks. It focuses on Iberian men of letters who were expelled from the territories of the Iberian Monarchies during the mid-!$th C. crisis, and considers their role as brokers of intellectual and political information amid the general context of the Thirty Years’ War. Some of these Iberian men of letters were already well-connected with the intellectual networks of the Republic of Letters when they found a refuge in the Italian Peninsula under the protection of families connected to papal politics. Though the role of Rome as a cultural capital of Europe that recruited men of letters proceedings from diverse horizons is well-known, this article reveals that other key centres of the Papal States were used to test, train, and lead these men through an uncertain cursus honorum. Among these places, and due to its long-lasting connections with the Iberian Peninsula, Bologna became a key pole for Iberian men of letters. How did these men position themselves through their correspondences amid the fragmented Roman and Bolognese communities of knowledge? How did their broader ascriptions to the Republic of Letters condition their political practices during a time marked by conflicts, and how did they manage competition with other intellectuals? These are some questions that this article considers as part of a broader history of the dislocated intellectual geographies of the fragmented worlds of politics in Western Europe during the !$th C. political 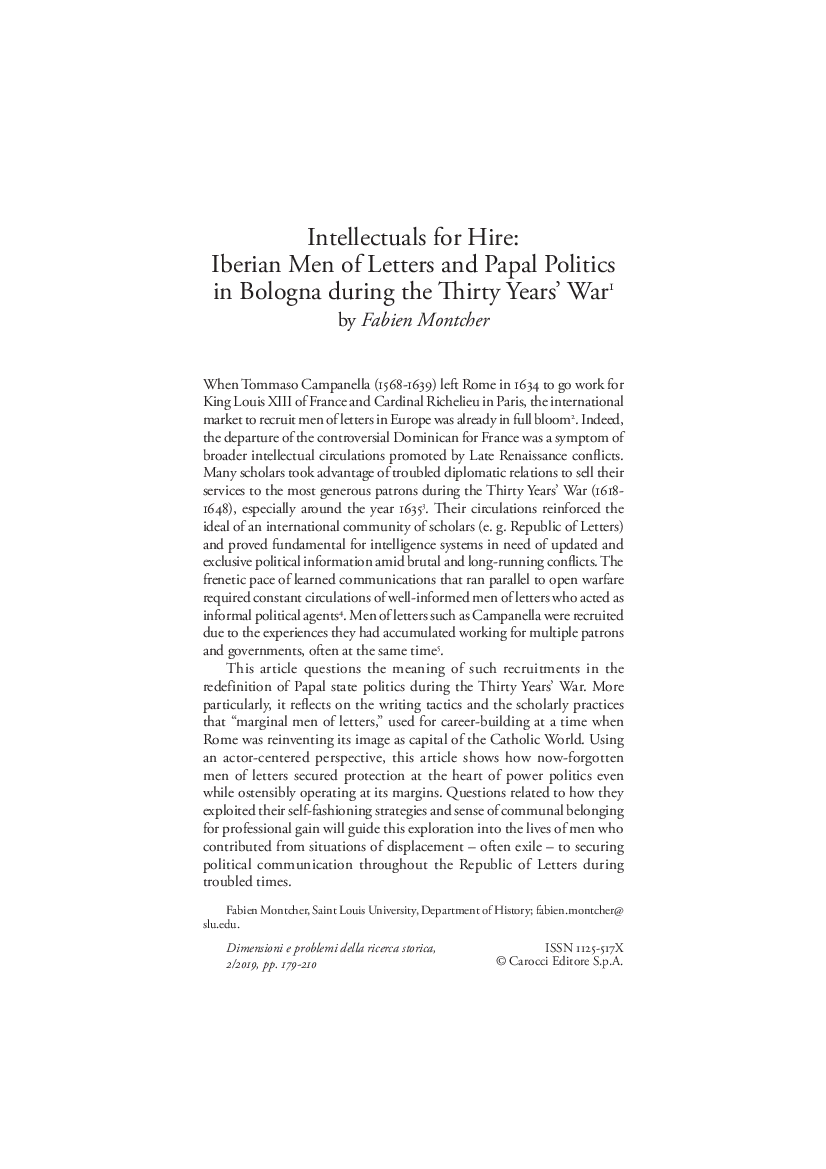