Walter Raleigh is a well known name in historiography, and yet, some of his texts have been relatively neglected. "A Dialogue" was written by Raleigh in 1615, while he was imprisoned in the Tower, and it received little attention. The main purpose of this paper is to set a general overview on the Dialogue and its author. It considers the Raleigh's rise and fall to power as a statesman and his struggle to reclaim a place in the Court, and the influences of the political context in England on his process of writing. It analyses what criteria he conceived in order to demonstrate to James I his affection and his ability as a counselor. Finally, it shows how Raleigh, a fallen favourite of Elizabeth I, managed to find a practical political balance between the interests of the king and the Commons during the reign of the first Stuart king. 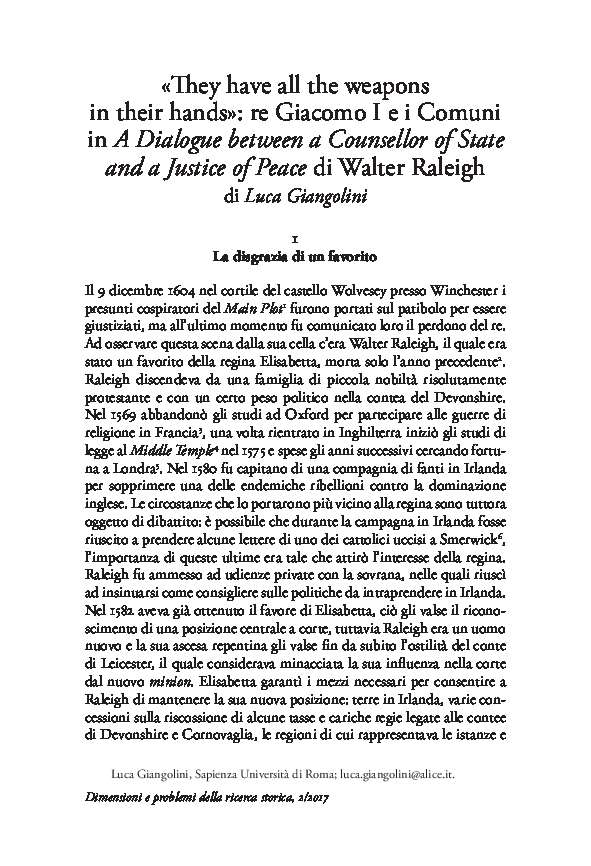