The name of Juan Bautista Vives is linked to the birth of the Congregation of Propaganda Fide. Certainly, he devoted much effort to build an institution that favored missionary work. Nevertheless, the performance of Vives as agent of the Spanish Inquisition in Rome, an office he occupied for twenty years, is less well known. Through his insertion in the papal Curia and his relationship with the General Inquisitor and the Inquisition Council, Vives became an important nexus of interpersonal relationships, community of interests, political struggles and opposing visions, among which he knew how to move with great skill. Likewise, the inquisitorial jurisdiction allowed him an accumulation of ecclesiastical benefits that provided him with the financing of his projects for the formation of a missionary clergy. 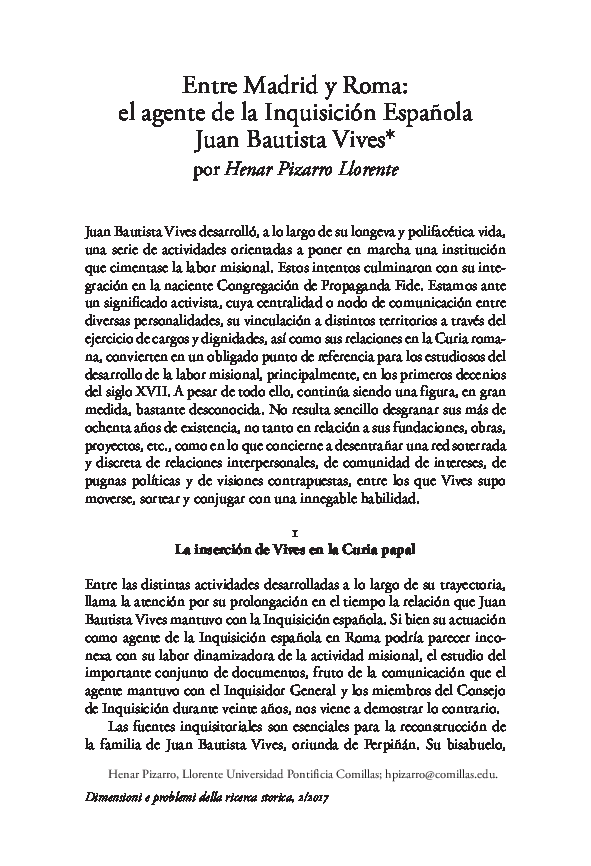