The medicalization of madness in the 19th century allowed a radicalization of the extensive process of critical analysis over sainthood, which begun across the 16th and 17th centuries. Supernatural phenomena linked to mysticism - ecstasy, stigmata, visions, prophecies - were frequently at the core of the psychiatric thought, which categorized them mostly in the realm of pathological behavior and occasionally made those terms its own, in order to determine specific morbidities. Teresa of Ávila was one of the greater mystical figures on whom the discipline focused: often mentioned in the works of the alienists, she ended up being considered as the quintessential "hysterical saint" in the second half of the 19th century. The purpose of this paper is to depict Teresa's numerous pathological epiphanies in the scientific literature of the time-period, and through the category of hallucination, place particular emphasis on how psychiatry interpreted the divine visions that characterize her journey. In order to shine a brighter light on all these elements, the context of the French debate will also be examined, to display the heat and the intensity bestowed by each side on the different interpretations of the Spanish mystic's spiritual experience. 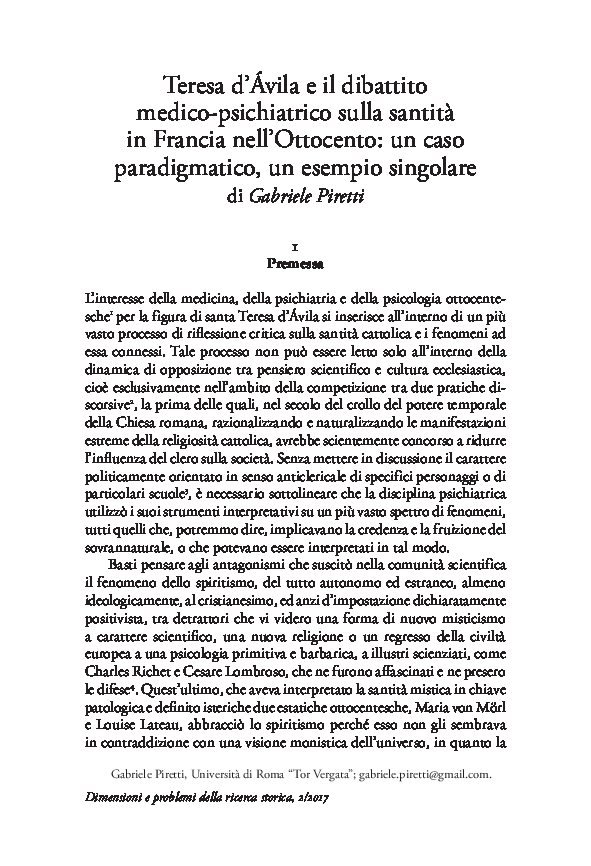