Eight settlements were founded in Rome along the 17th century, both by male and female branches of Discalced Carmelites. The establishment of such a significant number of convents in the city is explained by a favorable conjuncture which occurred thanks to the synergic relations between the pope Aldobrandini, promoter of the Counter Reformation Orders, the Nunciature in Madrid, which favors the export of reformed Carmelites outside Spain, the Congregation of Propaganda Fide and noble Roman families. The convent of S. Maria della Vittoria, dedicated to Carmelite missionaries training, is a result of the convergence of these diverse interests. Particularly, the Cornaro Chapel represents an emblematic synthesis between Bernini's artistic conception and the Venetian family celebratory intents, as well as a manifestation of a new form of holiness that the reformed Carmelites and Propaganda Fide exploit for apostolic purposes on the new universal missionary horizons. 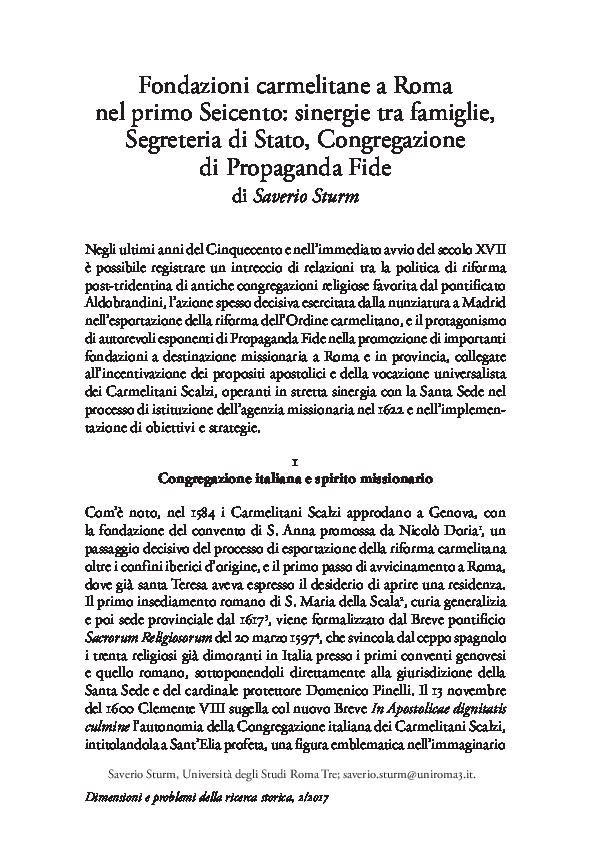