The essay focuses on the analysis of Carmelite female religious communities in Rome across the 16thand the 17th centuries. After the canonization of St. Teresa de Àvila the nunneries founded in the Eternal City were numerous. Among them, many adopted the Carmelite Rule, mainly the Discalced Carmelite Rule. These communities developed from different needs, initiatives and contexts, and were supported by various noblewomen and aristocratic families, as well as charismatic nuns, clerics and religious orders. Moreover, their foundation was part of the Counterreformation policy for promoting monasticism and supporting cloistral and rigorous spirituality, which was endorsed by Roman Catholic Church especially after the Council of Trent. 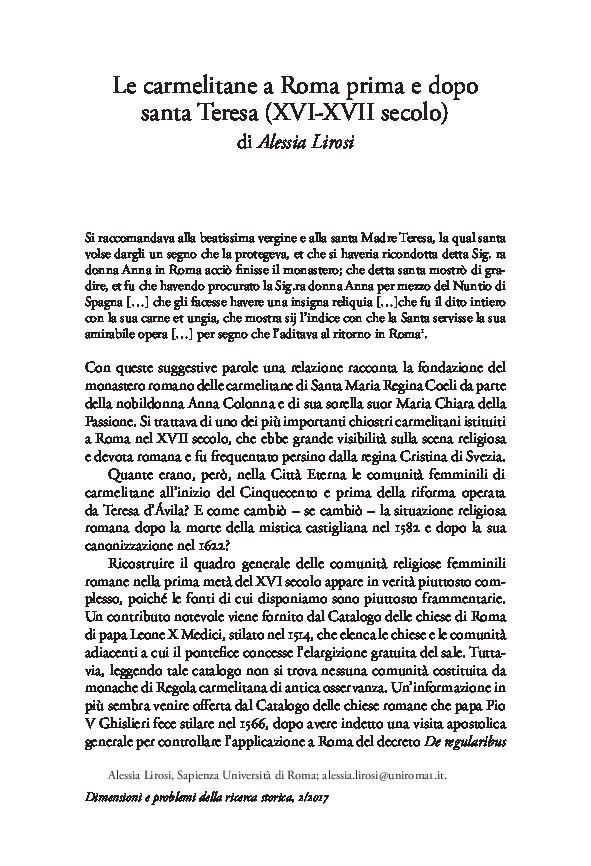