Between 1595 and 1713, some 31 travel and guide books by French travelers were published containing descriptions of Rome. The authors of these books were not scholars but educated men who visited the eternal city as pilgrims, secretaries of high-ranking persons, or just visitors. According to an Italian convention shaped by humanists they distinguished Ancient Rome from Modern Rome, that is, the old pagan town from capital city of Catholic Church. They devoted considerable space to Rome's artistic and architectural patrimony which they often described by giving lists of measures and providing many illustrations of monuments, paintings or statues. Very interested in arts and history they had also opportunities to meet or observe real Romans, especially prostitutes and Jews. Some Huguenot travelers were discretely ironical about religious relics but whether Catholic or Protestant, the travelers shared a common culture based upon the Latin and humanist tradition, which led them to express admiration in their descriptions of Rome. 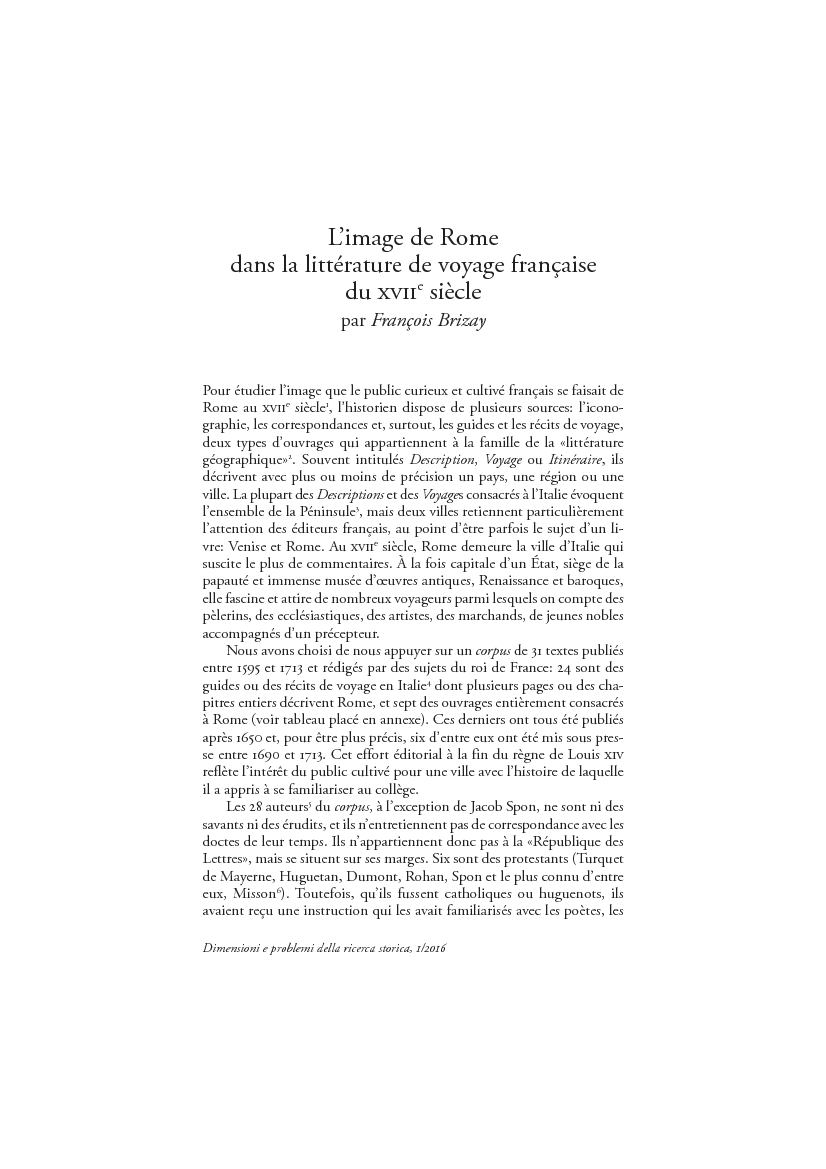